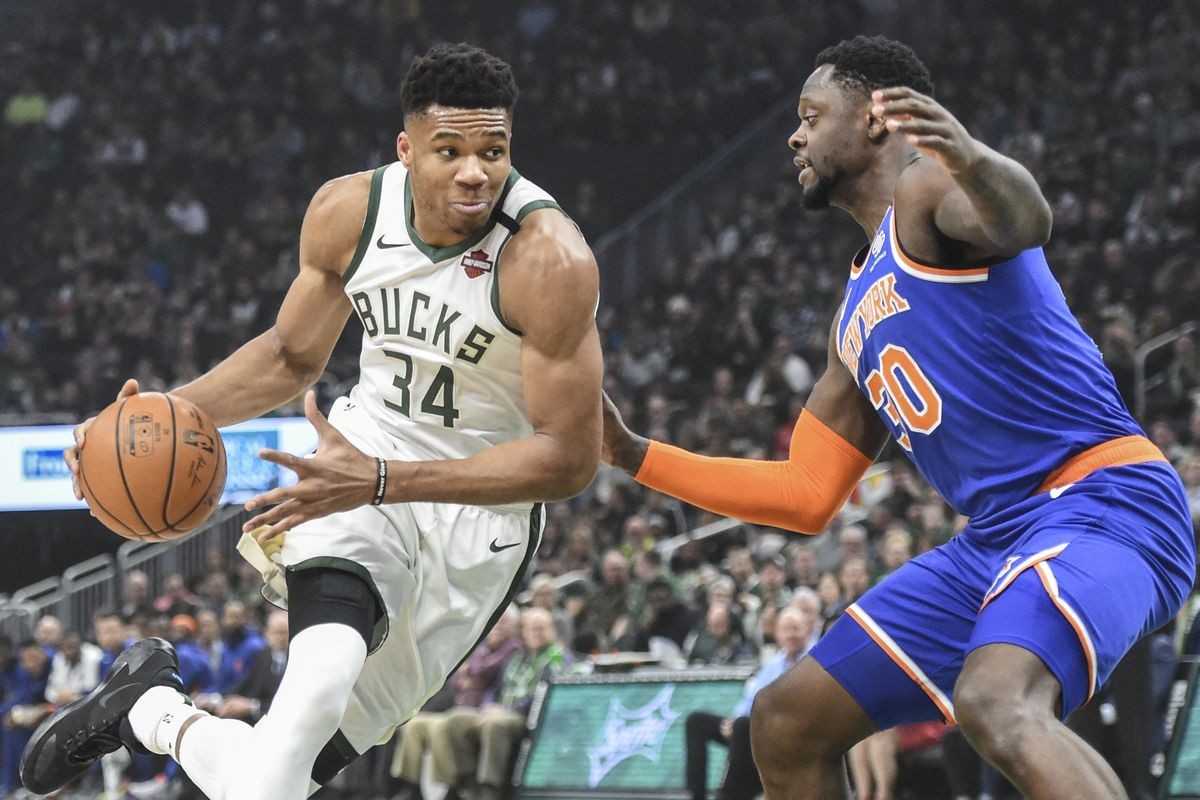 The Milwaukee Bucks have emerged as an eastern conference after a difficult to start the season. The Cream City is currently third in the east behind the Brooklyn Nets and Chicago Bulls. Bucks in their last 10 games have an 8-2 record and averaging 115.8 points, 49.8 rebounds, 23.7 assists, 7.1 steals and 5.1 blocks per game while shooting 47.8% from the field. Milwaukee has allowed 104.9 points and is the fifth-best defensive team in the league.

In their last game, the Bucks snapped the Houston Rockets’ seven-gaming winning streak as Giannis Antetekoumpo dropped 41 points and 17 rebounds. The Greek Freak has been unstoppable with averages of 27.3 points over the last 10 games for Milwaukee. Jrue Holiday is averaging 15.9 points and 6.1 assists for the Bucks.

The New York Knicks have heavily declined after a promising start to the season. The Knickerbockers have lost eight out of their last 10 games as they have scored 103.9 points, 46.1 rebounds, 19.8 assists, 6.1 steals and 4.7 blocks per game while shooting 43.2% from the field. New York is floundering on the defensive end as their opponents have averaged 108.2 points per game.

The Milwaukee Bucks are clear favourites to win the game against New York Knicks in the Maddison Square Garden. Bucks are one the most consistent teams in the NBA as they have the second-best offensive rating combined with the fifth-best defense in the league. In comparison to the Knicks who are the 21st-ranked offense with a 17th ranked defense. Hence, the Cream City will their third game against New York in the 2021-22 season. Historically, the Bucks have dominated the fixture with 117 Wins out of the 122 games.