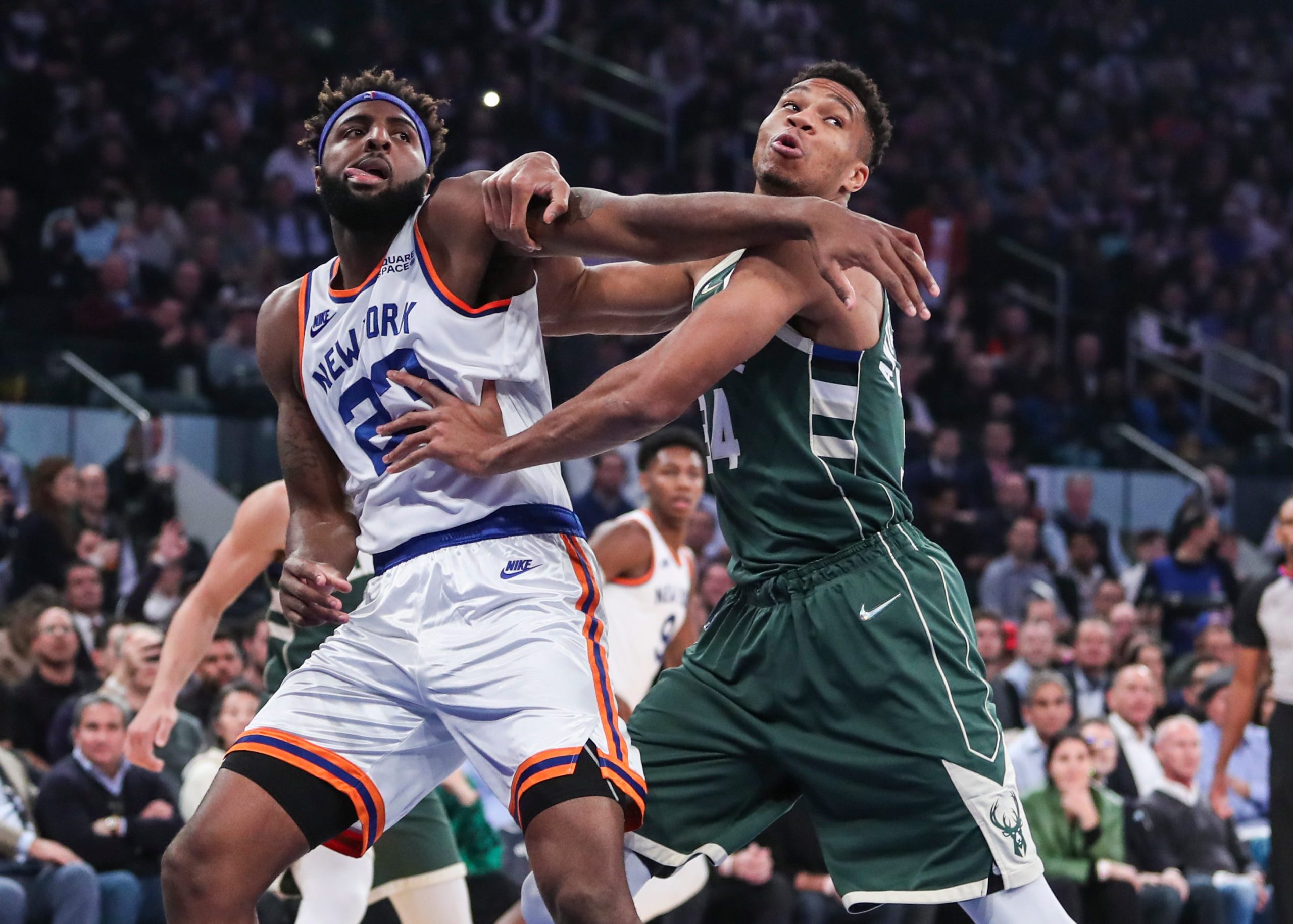 Milwaukee Bucks look to host the New York Knicks at the Fiserv Forum for the second time in the 2021-22 NBA season. New York and Milwaukee enter this game after losing their last games to the Heat and Cavs respectively. The Bucks lead the regular-season series as they have defeated the Knicks twice.

The Milwaukee Bucks have been one of the top teams after having a slow start to their season. Now placed at the fifth seed in the eastern conference, the Cream City has a record of 30 wins and 20 losses. Milwaukee is averaging 110.6 points, 47.6 rebounds, 22.6 assists, 7.4 steals and 4.0 blocks per game while shooting 44.1% from the field. Their opponents have averaged 109.5 points per game.

Giannis returns with a near double-double.

Giannis Antetokounmpo has been averaging 28.6 points, 11.3 rebounds and six assists while shooting 53% for the Bucks. Khris Middleton after suffering many injuries has returned to his all-star form as he is averaging 24.5 points over the last 10 games for Milwaukee.

After a promising playoff run in the 2020-21 season, the New York Knicks have continued to struggle with a record of 23 wins and 26 losses. The Knicks are placed eleventh in the eastern conference as they fight for the last play-in spot. In the last ten games, New York has a record of 4-6, averaging 99.8 points, 47.3 rebounds, 21.9 assists, 6.6 steals and 4.2 blocks per game while shooting 43.4% from the field. Their opponents have averaged 100.6 points.

Julius Randle is leading the Knicks as he is averaging 18.7 points, 9.9 rebounds and five assists. RJ Barrett is averaging 22.9 points over the last 10 games for New York. Evan Fournier is the third-leading scorer for the Knicks with 13.5 points, 2.8 rebounds and 1.8 assists.

The Milwaukee Bucks are clear favourites to win this game against the New York Knicks and win the regular-season series 3-1. Cream City continues to be the superior team as they average 110.6 points and have the seventh-best offensive rating of 1.087.

Defensively, the Knicks have the upper hand as the fifth-best defence in the league. But still, the Bucks are most likely to win this game as they have an in-form Giannis Antetokounmpo who is averaging 28.6 points and 11.3 rebounds.

MSG Networks and Bally Sports Wisconsin will air the game live locally. The NBA League Pass will also live-stream the matchup between the Milwaukee Bucks and New York Knicks.