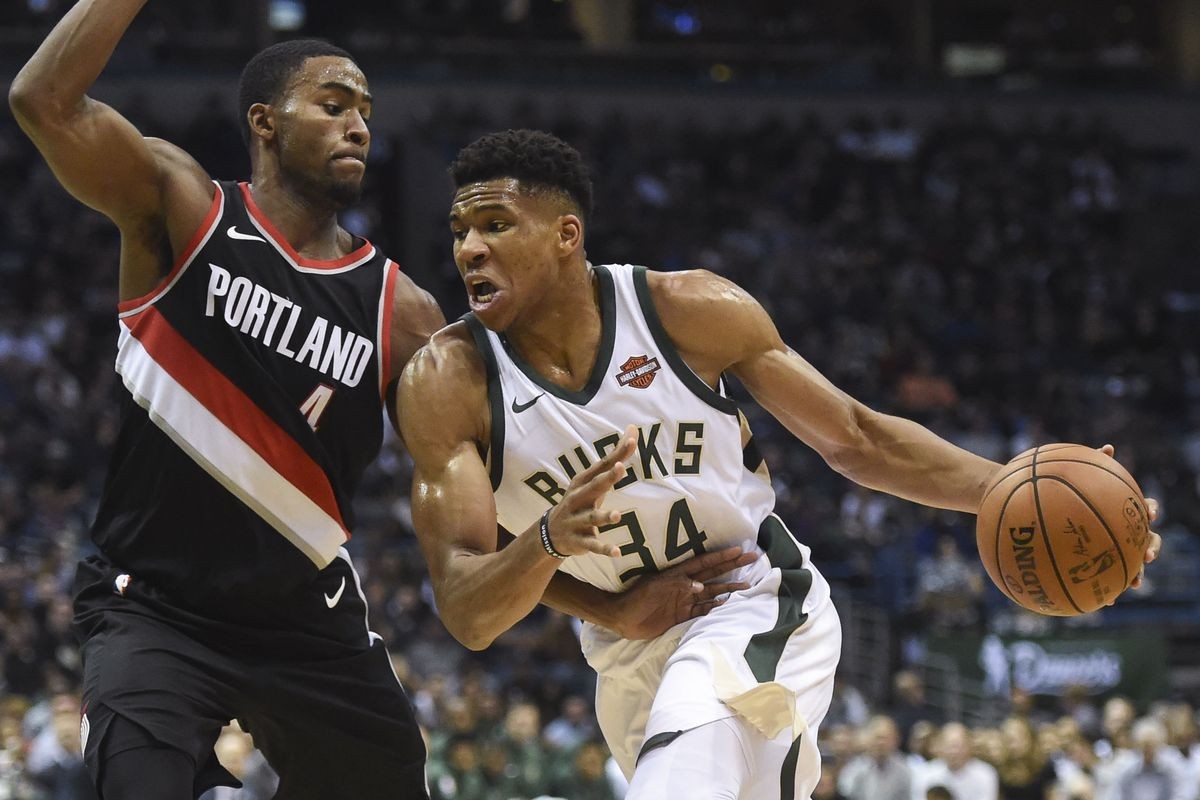 The Portland Trail Blazers look to end a three-game road losing streak when they visit the Milwaukee Bucks at the Fiserv Forum. In their last matchup, the Bucks blew out the Blazers 139 – 108. Giannis Antetokounmpo and Bobby Portis scored a combined 59 points whereas Anfernee Simmons scored 19 points for Portland.

The Milwaukee Bucks are looking like one of the best teams as they are tied for the third seed in the eastern conference. But Cream City enters this matchup after losing to the Phoenix Suns 131-107. In the last ten games, the Bucks have won seven games while putting up 117.3 points, 43.5 rebounds, 25.0 assists, 7.7 steals and 3.0 blocks per game while shooting 48.6% from the field. Defensively they are allowing 114.2 points per game.

Near triple-double for Giannis tonight.

Giannis Antetokounmpo has been on a tear over the last 10 games as he is averaging 30.6 points with 10.9 rebounds, 5.7 assists and 1.2 blocks for Milwaukee. Consequently, the Greek Freak is second in the scoring title and MVP race this season. Jrue Holiday is putting up 18 points, 6.6 assists and 1.5 steals for the Bucks

After a terrible start to their season, the Portland Trail Blazers traded many key players like CJ McCollum, Norman Powell, Larry Nance Jr. and Robert Covington. Consequently, they are the tenth seed with a record of 23-34. But in the recent few games, they have managed upsets against the Lakers and Knicks.  In the last ten games, they have averaged 104.3 points, 43.7 rebounds, 23.0 assists per game. They have allowed around 112.3 points in this span.

In the absence of Damian Lillard, Anfernee Simons has been the best Trail Blazers player with 16.4 points, 2.7 rebounds and 3.8 assists per game this season. He is also making 2.9 three-pointers per game. Jusuf Nurkic is averaging 14.6 points and 11 rebounds for the Trail Blazers.

The Milwaukee Bucks enter this game a blowout loss to the Phoenix Suns, but they have had three full days of rest. Whereas, Portland have a handicapped roster without stars like Damian Lillard and CJ McCollum. The Bucks dominate the Rip City both offensively and defensively as the sixth-best offence and 15th-best defence. Whereas Portland has the fifth-worst defence and 15th – best defence. Hence Milwaukee will most likely win this game and sweep the regular season 2-0.

How to watch Milwaukee Bucks vs Portland Trail Blazers?

Fans can watch the game between Milwaukee Bucks vs Portland Trail Blazers on ROOT SPORTS Plus and Bally Sports Wisconsin. The game is also available on NBA League Pass platform.

Vince McMahon Feels There’s Nothing to “Fix” in the WWE, Gloats in the Success of $1 Billion Revenue