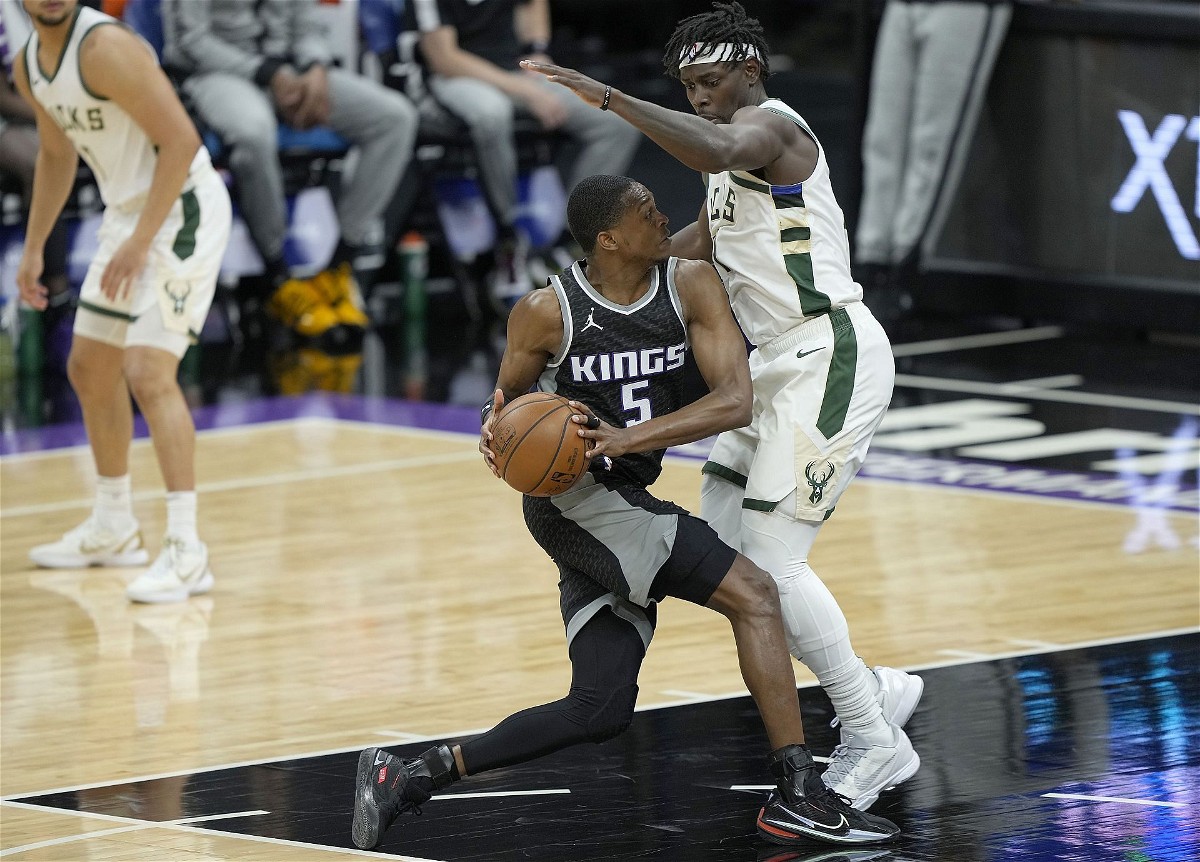 The Sacramento Kings travel to the Fiserv Forum for an inter-conference battle with the Milwaukee Bucks on Saturday night. Both teams go head to head for the first time in the 2021-22 NBA season. Bucks enter this matchup on a two-game winning streak.

The Milwaukee Bucks are gradually returning to their championship form after defeating two powerhouse teams on the trout. On the 20th, they took out the Memphis Grizzlies and then defeated eastern conference leader Chicago Bulls 94-90 on the 21st. Cream City is averaging 109.1 points, 48.4 rebounds, 22.8 assists, 7.4 steals and 4.7 blocks per game while shooting 43.3% from the field. Their opponents have averaged 108.5 points per game.

Another 30+ point night. Another day at the office for @Giannis_An34. #NBAAllStar

Giannis Antetokounmpo is averaging 28.6 points, 11.3 rebounds, six assists and 1.5 blocks over the past 10 games for Milwaukee. Grayson Allen averages 2.6 made 3-pointers per game for the Bucks, scoring 11.8 points while shooting 39.1% from beyond the arc.

The Sacramento Kings gave up 133 points to one of the worst teams in the NBA in a 133-131 home loss to the Pistons. Like Detroit, Sactown continues to remain one of the perennial lottery teams in the NBA. In the last ten games, Kings have a record of 3-7, averaging 113.2 points, 43.7 rebounds, 24.7 assists, 7.1 steals and 4.1 blocks per game while shooting 47.2% from the field. Their opponents have averaged 115.7 points.

The Milwaukee Bucks will be on the second day of a back to back for this matchup with the Kings. Jrue Holiday, who missed the previous six games (one in health and safety protocols, five with a left ankle injury) was active last game after working out before the game. The Bucks were 2-4 during his most recent absence, and 4-9 overall in games he’s missed. Holiday played 22 minutes, scoring nine points on 2-of-8 shooting with four assists and five rebounds.

His minutes are expected to gradually increase, making the Bucks are one of the best teams in the NBA. Similarly, Sacramento has played monumentally bad in its past two games, allowing 125.5 points on 52% from the field and 40.8% from three to opponents. Hence, the Bucks are the favourites to win this game against the Kings.

How to watch Milwaukee Bucks vs Sacramento Kings?

The NBA League Pass will stream the game live. Local coverage of the matchup will be available via Bally Sports Wisconsin and NBC Sports California.