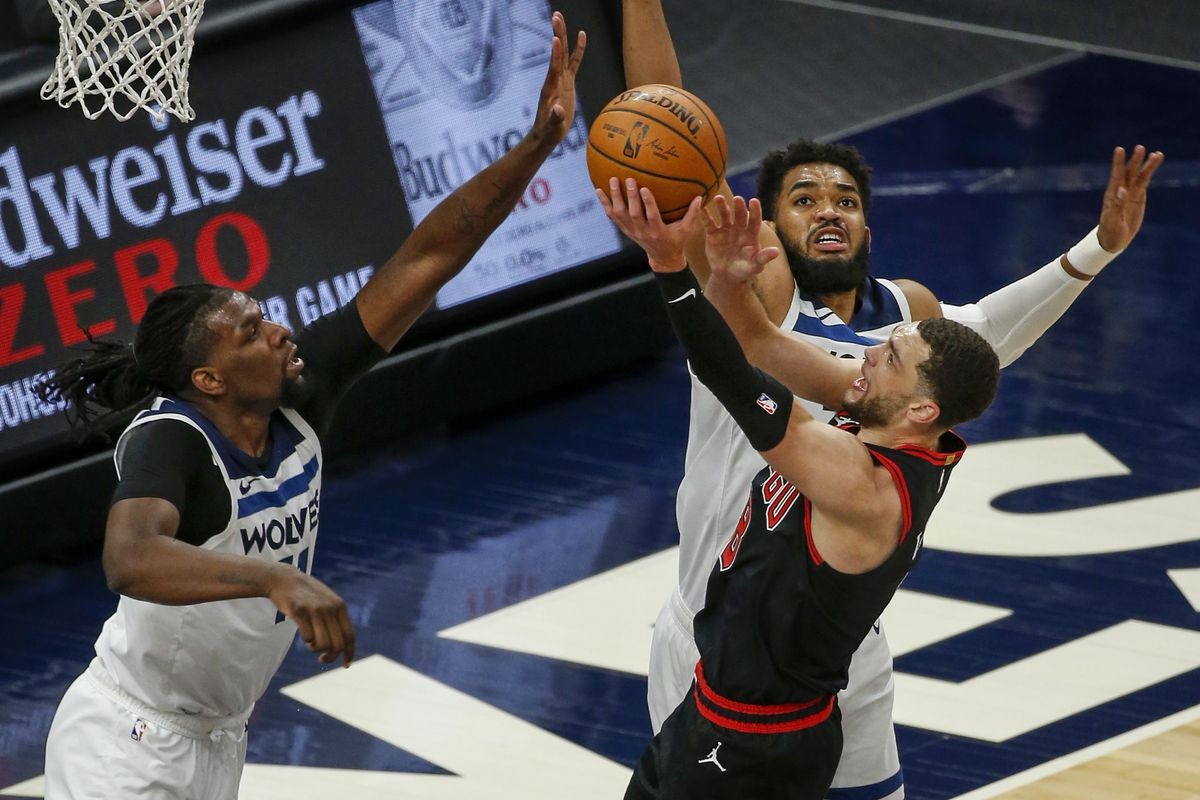 The Minnesota Timberwolves will travel to the United Center on Friday evening for an inter – Conference showdown against the Chicago Bulls. The T-wolves enter this game after losing 132-119 to the Kings. Whereas the Bulls defeated the Hornets 121-109 in their last game led by Demar DeRozan’s 36 points.

SKYHOOK KAT BACK AT IT pic.twitter.com/E5C6U4PNjW

The Chicago Bulls have been one of the best teams in the 2021-22 NBA season. The Windy City is second in the eastern conference with a record of 34 wins and 21 losses. In the last ten games, the Bulls have averaged averaging 119.5 points, 43.8 rebounds, 27.2 assists, 5.6 steals and 4.5 blocks per game while shooting 51.4% from the field. Defensively they are allowing 117.4 points per game.

DeMar DeRozan in February so far:

Demar DeRozan is having a career resurgence as he is averaging 27.4 points, 5.2 rebounds and 5.1 assists for the Bulls. The Compton super-star is fourth in the scoring title race.

Nikola Vucevic is averaging 22.3 points over the last 10 games for Chicago. The Bulls also saw the returned Zach Lavin who is averaging 24.9 points, 4.9 rebounds and 4.4 assists.

The Minnesota Timberwolves are coming off of a disappointing loss and have been under many trade rumours. Whereas the Chicago Bulls have managed to stay afloat by defeating inferior opponents.

The Windy City have battled injury and covid complications and are still on the top of the eastern conference. Bulls also have an incredible home record with a record of 19-8. Hence the Chicago Bulls are most likely to win this game.

How to watch Minnesota Timberwolves vs. Chicago Bulls?

The Minnesota Timberwolves vs Chicago Bulls game will be locally broadcast on Bally Sports North. The game will also be available on the NBA‘s League Pass platform.