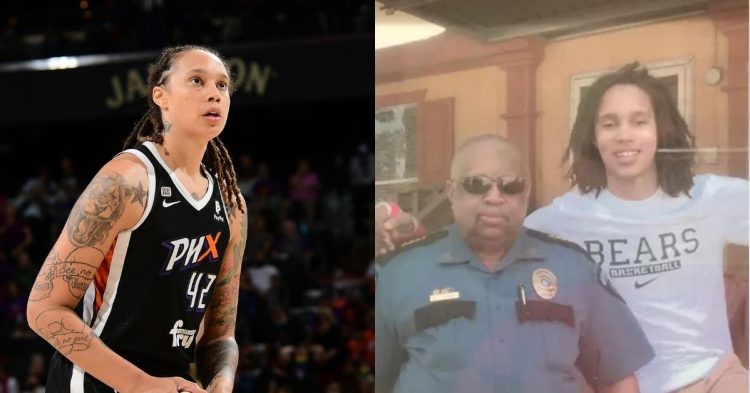 Brittney Griner and the relationship she shared with her family members have come to light recently in her book. The WNBA star’s name was on everyone’s lips last month when she came back to the US after spending nine months in a Russian prison. After that, Griner released a book: In My Skin: My Life On and Off the Basketball Court, and opened up to the world about her childhood and early life.

Brittney’s dad, Raymond Griner, was one of the biggest figures in her life. She has spoken about him in the past and disclosed what type of person he was. The Phoenix Mercury star has been open about her sexuality and hasn’t felt the need to hide it. However, it didn’t look like that wasn’t the case with her father.

Brittney wrote, “Sometimes, when I think about how my dad rejected me for being gay, I try to remember he grew up at a different time, that he was raised by an older generation with old-fashioned thinking. But then I think how close we used to be, and I can’t help feeling sad, crushed, and frustrated that our relationship is so superficial now.”

Brittney is a homosexual female who has faced plenty of hurdles along the way. She has received hurls from her classmates, and NBA fans as well. Along with that, she always knew that her dad would never accept her sexuality. And she was right, Brittney claims she grew distant from Raymond after he found out that she was gay.

Brittney wrote that she was her dad’s “go-to baby girl,” and that her dad saw her as the “golden child.” But it all came crashing down when little Brittney was in seventh grade. This was when she started to become her own person. But in Raymond’s perspective, he wanted to be the one to protect her from a threat; the world. This wouldn’t be as surprising when we consider the fact that Raymond was a police officer back in the day.

Although Brittney realizes that her dad grew up in an older era, and the way of life was different back then, was unable to accept that the type of close relationship she enjoyed with her father was gone when her sexuality came to light. Even when she opened up to her mother, both the ladies in the Griner family knew that telling her father was not even an option.

Brittney has gone through plenty of obstacles in her life. The way she has fought through them, speaks at length about the mentality Brittney has. However, it would be safe for us to claim that she still wishes that she was closer to her father, as she was back in the day.