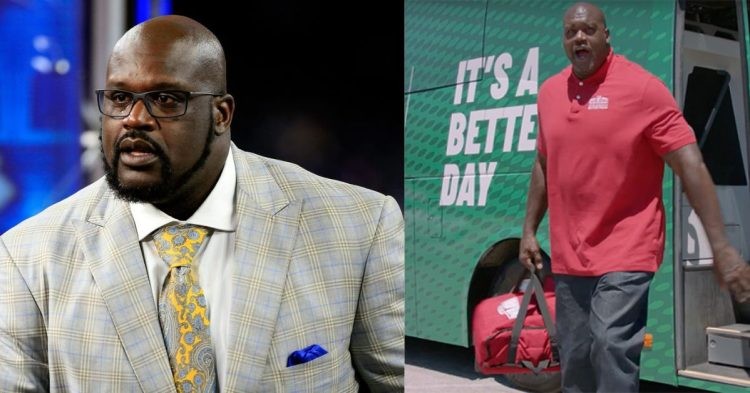 The NBA has seen many talented individuals come and go. There have been a significant number of athletes who have been as successful off the court as they have on it. One of those players would be Shaquille O’Neal. The former NBA star has built himself a business empire and has put together a vast amount of wealth. His net worth is a staggering $400 million as of 2022.

One of the reasons why he was able to do that would be his NBA salary. Shaq reportedly earned more than $290 million from the Lakers, Heat, Cavaliers, and many more teams. However, the money he makes now is in fact more than what he made as a player.

Just some of @Shaq’s investments:

Shaq owns shares in huge companies such as Apple, Google, and Pepsi. He expands the industries he operates in as well. From the fast food industry, and real estate industry to the technology industry, O’Neal has seen it all. For example, he is a brand ambassador for the popular brand Papa John’s, and he has been part of the directors’ board since 2019.

With Shaq’s experience, you’d think he is open to hearing new venture ideas and executing them. However, he recently revealed that he does not support start-ups completely. The Big Podcast with Shaq is where he spoke about start-ups.

He said, “My philosophy is if I believe in it, yes. But start-ups are difficult. I like the pathway to least resistance. For example, if I was going to do a dress, like the one you have on, I will probably do it….with a company that already has distribution.” Shaq’s views on the corporate world are something we may not have heard before. It does make sense that he wants to work with an already known company rather than a new one.

The 50- year-old also said, “Rather than starting with a young beautiful lady that makes dresses in her house and she has a big social media following. That’s cool but now we have to make deals, do this, and go to shows,… and at that point, it might not be hot by the time we want the stuff to come out.”

When a new business venture starts, the main goal will be survival. What Shaq said comes into play here as well. As you establish your ground in your respective field, it would be safer to work with someone who has adequate experience. In addition to that, it will be easier to get the product out to customers with distribution planned, which O’Neal also mentioned.