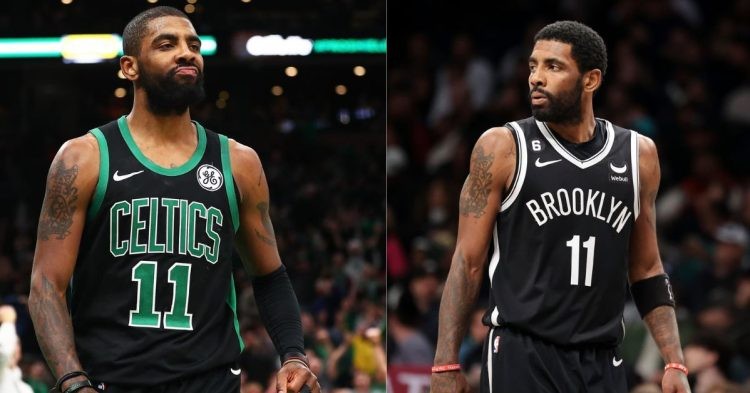 NBA fans must certainly be interested in knowing the origin story behind Kyrie Irving wearing #11 on his jersey. Despite all the controversies and scrutiny against him, there is no denying that the Brooklyn Nets star is one of the most skilled players basketball has ever seen. Especially for someone at his size.

In the world of professional sports, athletes are controlled and restricted quite significantly. However, one thing that they can certainly decide on is their jersey number, which has always been a matter of personal significance. With that being said, let us take a look at the real reason that Kyrie Irving wears #11 and the symbolism behind it if any exists.

“11” revolves around the life of Kyrie Irving

Kyrie has an ample amount of reasons for choosing this jersey number. The NBA allows players to wear any number. However, they will have to decide on another if a teammate already wears the same number. Irving wore #2 in his time with the Clevland Cavaliers. It is unclear why he did not wear #11 during his time with the Cavs Nonetheless, Irving was able to wear it with both the Boston Celtics and now the Brooklyn Nets.

Irving has a unique connection with the number 11. Apparently, he was born at exactly 1:11 on 23rd March 1992. Additionally, his father wore the same number when playing for Boston University. The connections to the number don’t end there. The name “Kyrie Irving” has exactly 11 letters in it and “K” is also the 11th letter in the alphabet.

There’s more than that. Kyrie played in exactly 11 games at Duke University before applying to the NBA draft. We remember that Irving got drafted in 2011. This just adds to the multiple reasons he had to choose that number. It would appear that everything mentioned so far could just be a coincidence.

Therefore, it would startle fans to find out that Kyrie got to 11,000 NBA career points on the 11th of March. That is something simply impossible to calculate and aim for, even if one feels particularly superstitious. In any case, we can conclude that Irving and the #11 truly have a special connection, potentially beyond that of an average NBA player with his jersey number.