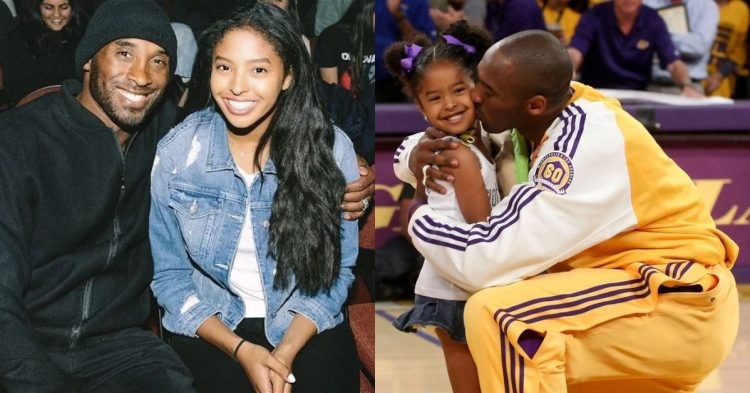 Natalia Bryant, the eldest daughter of the late Kobe Bryant and Vanessa Bryant, has honored her dad’s memory in numerous ways. The death of Kobe Bryant and his daughter Gianna Bryant in a helicopter crash had a tragic effect on everyone. It especially impacted the Bryant family, Vanessa, Natalia, Bianka, and Capri. However, they were not alone on the road to recovering from their tragic loss.

Natalie has in numerous ways honored her late father, Kobe. From getting a necklace, which spelled, “Slim,” something which Kobe used to call her. She even posed in front of the mural of Kobe and Gigi, before her winter formal. However, she has a tattoo for both Kobe and Gigi. She has a tattoo on her left wrist and the inside of her middle finger on her right hand.

It is not clear as to what design she got on her left wrist, we can only assume it is dedicated to her little sister Giana. Since it was done by professional tattoo artist Nikko Hurtado, it is sure to be an excellent piece of work. However, on her finger, it says the word, “Muse”, which is Kobe’s documentary, first released in 2015.

What does Natalia Bryant’s tattoo mean?

Natalia’s tattoo on her finger, “Muse,” refers to Kobe’s documentary. Kobe is one of a kind player, he lets his game do the talking. However, that changed, when he decided to be an executive producer for his documentary.

“I didn’t want to write a book — I don’t have the patience to do that. We wanted to create something really different, very truthful. Cinematically, we wanted to do something that would be different from the ways documentaries are shot. This was about doing something that was fun, but also honest.” Said Kobe to Greg Braxton from the Los Angeles Times.

The documentary showcased the challenges Kobe faced throughout his career, and the Mamba Mentality he possessed. Kobe wasn’t a starter for the Los Angeles Lakers at the beginning and took him 3 years before he was a regular. After winning the NBA titles two seasons in a row, the Lakers were in turmoil for the remaining years till Kobe retired.

Natalie may not be with her father, but his mentality will always be with her. Kobe lived to strive in his trade, and this is what Natalia will do with her life. It will surely remind her of what her father would have wanted in times of despair and hardship. A true example of sheer dedication and sheer willpower.