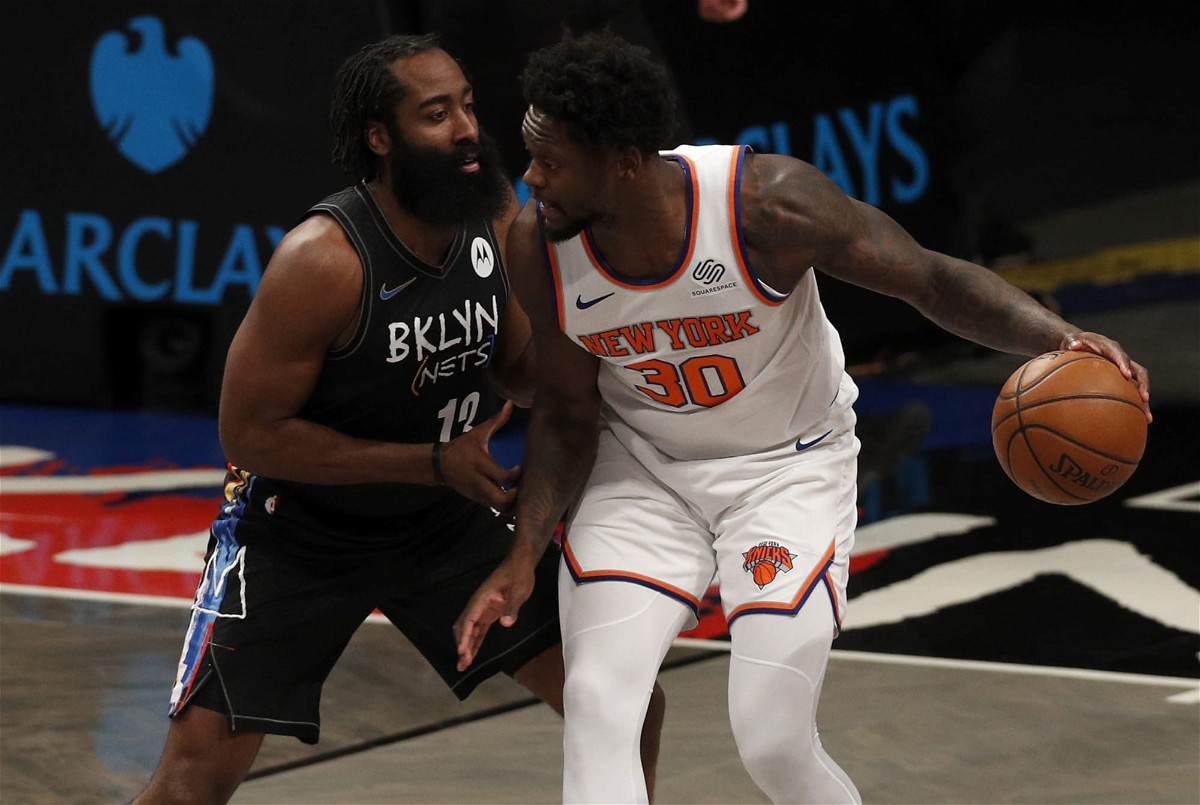 The battle of New York seems like a thing of the past now with the Knicks and the Nets in the play-in territory. Ever since Kevin Durant‘s injury, the Brooklyn Nets have spiraled down to 8th position in the eastern conference. The locker-room tensions prior to the trade deadline added fuel to fire.

With James Harden‘s ultimate departure after the unsuccessful stint, the Nets won their first game in over 3 weeks. The 2x champion is nowhere close to a return but the addition of Seth Curry and Andre Drummond has increased their depth.

The New York Knicks on the other hand did not taste success this season at all. They have been struggling at the bottom of the table since the beginning. Coach Thibodeau used practically every rotation possible and benched 4x all-star Kemba Walker for an extended period of time. That however did not change their position in the east.

Coming into the 2021-22 NBA season, fans had a lot of expectations from the Knicks, especially Julius Randle. He was named the most improved player last season but his number doesn’t look so good anymore. It appears he is frustrated with the Knicks and is looking to relocate.

Although Brooklyn Nets won the previous matchup back in December, by no means can that be used for predicting the outcome today. The long injury list on both sides will make this a close match. While the Nets come off of a fresh victory over Sacramento Kings, the Knicks have lost their last two.

The last time they met, James Harden was the leading scorer of the night with 34 points. With him, Kevin Durant and Kyrie Irving ruled out the onus of scoring falls on newly acquired Seth Curry, Bruce Brown, and LaMarcus Aldridge. For the Knicks, RJ Barrett and Derrick Rose are sidelined, This puts the offensive strain on Julius Randle, who is himself struggling this season.

The odds are in Nets’ favor to add another victory tonight against the New York Knicks and make the season series 2-0.

How to watch New York Knicks vs Brooklyn Nets?

The matchup between New York Knicks and Brooklyn Nets will take place in the Mecca of basketball, Madison Square Garden. Fans can catch it live on ESPN at 7:30 PM ET.

Matt Riddle’s WWE Contract: How Much Does Matt Riddle Make Through His WWE Appearances?