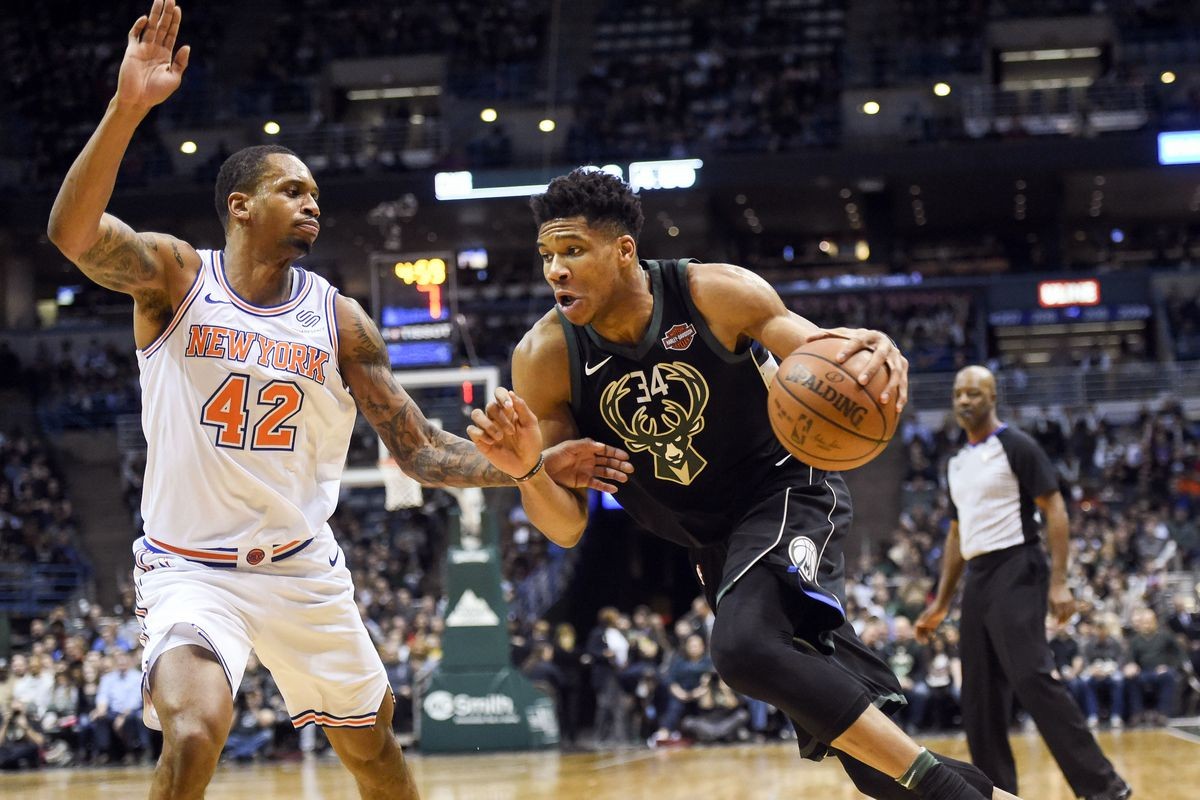 New York Knicks and Milwaukee Bucks have two different stories in the competitive Eastern Conference. Knicks have a fully healthy roster available but lagging regularity in winning. Bucks are fighting against injuries to keep pace with top teams.

Knicks are one of the few teams that have no injuries to worry about. They also  focused on “Playmaking” to support Julius Randle, while entering the trade market. While the Knicks do have a somewhat better team this season, it still is not enough to be referred to as the “Big 3”.

The addition of proven all-star guards – Derick Rose and Kemba Walker, has given Coach Tom Thibodeau so much playmaking flair. Still, Julius Randle is doing most of the offence for Knicks. He is leading the New York Knicks with points per game (20.6), assists per game (5.9), and rebounds (11.2), spending most of his minutes on the court for them.

Knicks have kept a similar starting 5 for all 8 games played – allowing the team to bond more and clarify roles for each player. Rose and Alec Burks – the backup guards, are doing great with the minutes they are given. With this strategy, New York overcame Bulls, Philadelphia 76’ers, and Celtics. Another Eastern powerhouse is on the cards for the Knicks

Milwaukee Bucks were favourites for the NBA Championship – let alone The Eastern Conference. But injuries, an early difficult schedule, and a long post-season last year took a toll on them.

The bucks are at 10th position in East this season, with never fully fit team in 8 games played. They have their “Greek-Freak” performances to thank for all the 4 wins. Giannis is a leader for Milwaukee in a score (27.4 per game), Rebounds (10.9 per game), Assists (6.4 per game), blocks (2 per game). Giving all-around performances in absence of many key players.

Milwaukee surely needs a complete team to reduce some of the workload from their Finals MVP. Jrue Holiday is fit again after being sidelined for 6 games – will be a good sign for Bucks.

New York Knicks and Milwaukee Bucks this season up till now have been a one-player team. Team’s Power forwards Giannis and Julius Randle doing it all for their respective teams.

Knicks flying high on Randles performance, Bucks catching up on Giannis’s performance. The only difference for the Bucks will be the availability of Jrue Holiday, while the Knicks will have a similar team fielded for 8 games. Bucks with their powerful team should edge pass Knicks in the fixture.

Khris Middleton (Covid 19): Expected to be out till 14th Nov

How to watch New York Knicks vs Milwaukee Bucks?

The match between New York Knicks and Milwaukee Bucks will be held at Fiserv Arena. The stadium is prepared to accept fans at full capacity. International viewers can access the game on NBA League Pass. While National broadcaster for the US will be ESPN. Bally Sports Wisconsin and MSG Networks will be the local Broadcasters for Bucks and Knicks respectively.