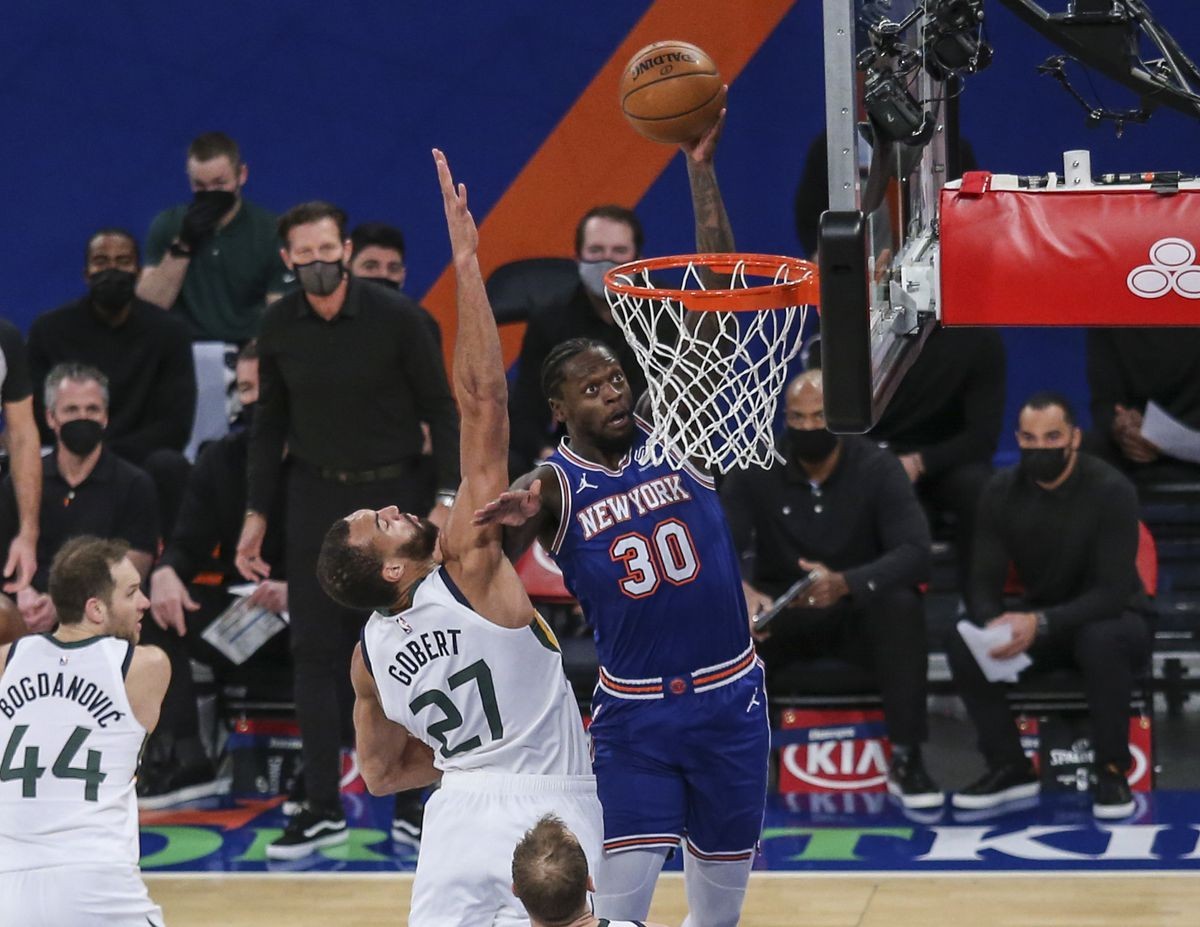 The New York Knicks are on the road as they travel to face the Utah Jazz Monday night in the Vivint Smart Home Arena in Salt Lake City. The Jazz enters this game after defeating the Brooklyn Nets in a 125-103 blowout victory. Whereas the Knicks suffered 122-115 defeat against the Los Angeles Lakers in the Crypto.com Arena.

The New York Knicks have been one of the few let-down teams in the 2021-22 NBA season. The Knicks are currently 12th in the eastern conference with a record 24 wins and 29 losses.

After a MIP winning season, Julius Randle has suffered a drop off in numbers as he is averaging 18.7 points, 10 rebounds and 5.1 assists for the Knicks. With several members of the Knickerbockers struggling,  RJ Barrett has been a massive positive as he is averaging 21.4 points over the last 10 games. Evan Fournier is the top three-point shooter for New York as he makes 2.9 three-pointers per game.

After another strong to their season, the Utah Jazz has been on a downward spiral because of countless injuries to several key players. Jazz is currently, fourth in the western conference with a record of  32-21. In the last ten games, Utah has won only three games, averaging 106.3 points, 42.7 rebounds, 21.9 assists, 7.3 steals and 4.3 blocks per game while shooting 45.7% from the field.

Donovan Mitchell leads the Jazz in points and assists. He puts up 25.5 points per game while dishing out 5.2 assists per game. In their recent, Utah has struggled defensively as they are missing centre Rudy Gobert. The Frenchman led the team with 15.1 rebounds and 2.3 per game while scoring 16.0 points. Bojan Bogdanovic has also put up 17.2 points over the last 10 games for the Jazz.

Utah Jazz is the favourite to win this game against the New York Knicks. The Jazz finally got back Donovan Mitchell and his impact were instantly visible in their victory over the Nets. Similarly, the Knicks don’t have the offensive capacity to compete with Utah as they lead the league in scoring offence. Whereas Knicks are 27th in the same category.

New York also has a terrible road record of eight losses in their last 10 games. The Jazz has the better roster and winning momentum after defeating two top teams in the league. Hence the Utah Jazz is most likely to win this game at home.

How to watch New York Knicks vs Utah Jazz?

The game between the New York Knicks and the Utah Jazz will be broadcast on ATTSN-RM and MSG. Fans can also watch the game on NBA League Pass.

Israel Adesanya Predicts the Finish of Robert Whittaker Rematch, but Keeps It a Secret