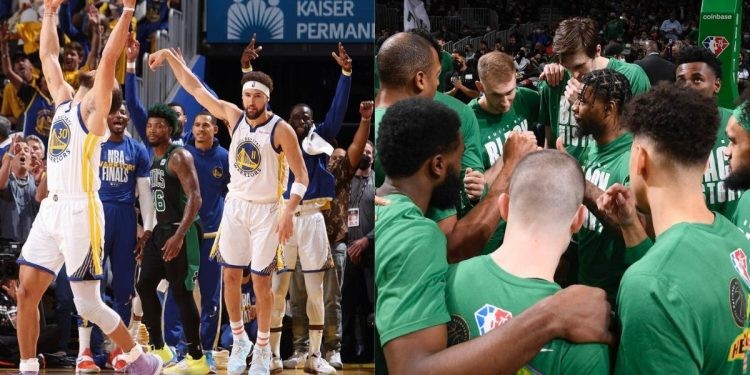 The NBA finals have been extremely entertaining this year, but the numbers don’t do justice to that statement. Golden State Warriors and The Boston Celtics have been giving the fans nail-biter after nail-biter. Despite the amazing games, the viewership for the 2022 finals lies in the lower half of finals viewership this past decade. The only 2 finals below it are the 2020 NBA finals which were played in the bubble and the Covid delayed 2021 finals.

Viewership of the NBA Finals is way up over the 2 previous pandemic events… and way down from every finals of last decade.

If everything is going well then why are people not watching the finals? Well, you could just blame it on the climate of the world, but this issue runs deeper than that. You could blame it on how openly NBA players are allowed to state their political views, but that wouldn’t be right since most players are just using their platform to fight injustice and inequality.

The league had to completely switch up its schedule in 2020 and 2021, you can credit this change to the Covid-19 pandemic. Now, after two years of awkward schedules and arrangements, the NBA is finally back to its normal ways. This has helped the NBA retain some of its original viewership, but we’ll have to wait and watch whether it continues to benefit the league or if these numbers are now the new normal.

The NBA Finals Get Disappointing TV Ratings. Are Fans Officially Done With The League? https://t.co/ngXqwndeVk

We can’t just blame the pandemic for these numbers though. If you look at how the NBA finals have been scheduled, then you’ll notice that only one game of these finals has been played on the weekend. That’s a cause for concern.

The league needs to do a better job at scheduling these games if they want to attract more viewers. Another lingering issue is the league’s political display, not everyone agrees with their views and it could be contributing to the loss in viewership.

It’s almost unbelievable that a finals series that has two of the greatest shooters ever in Stephen Curry and Klay Thompson are not doing good in terms of viewership. This year’s NBA finals are almost over. So, this viewership trend is something we’ll have to observe over the next few years to determine its root cause. Hopefully, the league will make some changes and the numbers will get back to normal soon.

The Golden State Warriors Took a Risk with Andrew Wiggins’ Big Contract and It Paid Off!