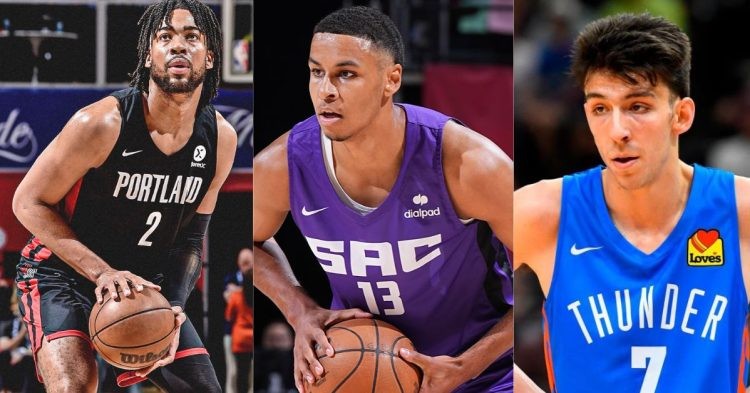 The 2022 Summer League takes place in the summer and has become a platform where young players fight to prove themselves. The league has come to an end and a champion has emerged. The Portland Trail Blazers defeated the New York Knicks 85-77 in the championship game.

The conclusion of the league prompts us to think about who were the best players, and the ones that could have done better. Let’s take a look at the best and worst performers of the 2022 Summer League.

The Trail Blazers won their second-ever Summer League, the first one being in 2018. Their best performers were Trendon Watford, Brandon Williams, and Keon Johnson, together with Jabari Walker. On the other side, the Knicks had Quentin Grimes as their points leader with 19.

Although Portland won the game, it was a close one for them. The Knicks almost caught them in the fourth quarter but the Trail Blazers held on to it.

The Portland Trail Blazers young star was one of the leaders in points made per game. He averaged 13.6 points, together with 7.8 rebounds and 2 assists. He was the best player on the Trail Blazers roster and was leading the team in almost every play.

Together with the Finals MVP, Watford also led the Portland Trail Blazers to the 2022 Summer League trophy. Trendon was the standout player as he made 19 points, 7 rebounds, and 2 assists on the night.

The Kings selected Keegan Murray as the 4th pick in the 2022 NBA Draft. Keegan averaged 23.3 points, 7.3 rebounds, and 2 assists per game during the Summer League. Before the NBA Draft, the former Iowa star was touted to be a Top 5 pick and many questioned it. However, he has lived up to the expectations.

Who were the best performers of this year’s Summer League?

After Keegan Murray, who won the MVP, Chet Holmgren has to be the best player for this year. There were doubts about him being the second pick in the draft, mainly because of his skinny frame and weight. However, he has put all those doubts aside and averaged 14.0 points, 8.4 rebounds, and 2.8 assists.

Adding on, the third best player would be the no.1 pick, Paolo Banchero. He definitely backed up his words when he said “I just want to go out there and prove why I’m the No. 1 pick every game” The Orlando Magic youngster averaged 20 points, 5 rebounds, and 6 assists in two games. Magic coach mentioned that he wanted to provide other youngsters a chance after deciding Paolo surely had talent.

The worst players of this Summer League

This could be harsh but Shaedon Sharpe did not manage to impress anyone. The Trail Blazers took him in at no.7 in the draft. It was unfortunate for him to get injured in the first game of the Summer League after having a labral tear on his shoulder.

Another player that performed badly would be Tre Mann of the Oklahoma City Thunder. He did not have a good rookie season in the league last year and was looking to improve on it this time around. However, he could only average 11.3 points, with just over 26% shooting. There is room for the young player to improve.