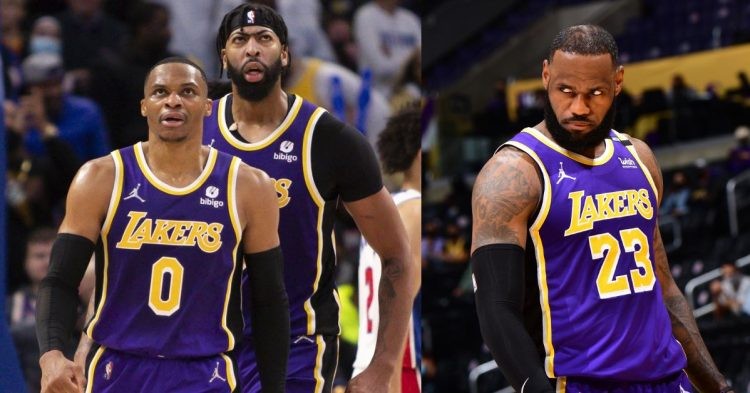 LeBron James is coming off one of the most disappointing years in his NBA career. His team, the Los Angeles Lakers finished last season with a record of 33 wins and 49 losses. This subpar winning percentage caused the team to miss the playoffs and even the play-in tournament.

Much of the blame for the Laker’s failure was placed on Russell Westbrook and Anthony Davis. Russ was accused of hot-headed and irrational plays. On the other hand, Davis was criticized for being soft and injury-prone. All these reasons led to the franchise deciding to make many changes for the upcoming season.

We are already familiar that Darwin Ham is now the new Lakers coach. Moreover, we also know that they have traded for Patrick Beverley and Dennis Schroder this upcoming season. Be that as it may, King James still believes the key to success for the team lies with the “Big 3“. It is important to understand what he said.

There are several reasons the Los Angeles Lakers failed to have an impactful season last year. They consisted of many veterans and players past their prime. Moreover, due to his own advancing age and AD’s injury history, they were able to play only 23 games together last season.

That is clearly not enough games to help a championship-level team find the necessary chemistry to get the job done. Thus, the injuries and changes to the Lakers lineup caused many of their problems last season. LeBron James revealed that they simply did not have enough time on their hands and look to change that this season.

“It’s all about time. The more minutes we can log on the floor, the more and more comfortable we become. 23 games is not enough to see what we are capable of. Hopefully, we can surpass that this year.”

LeBron certainly has a point. 23 games are far too little time for teammates who hope to make the Lakers a championship team. Russ’s play and AD’s health are yet to give the Los Angeles Lakers a sense of reassurance. We all know LeBron wants to win and knows what it takes. Hopefully, he is able to get his team on the same page for a deep playoff push this NBA season.
Tags: Anthony DavisLeBron JamesLos Angeles LakersNBARussell Westbrook
Previous Post