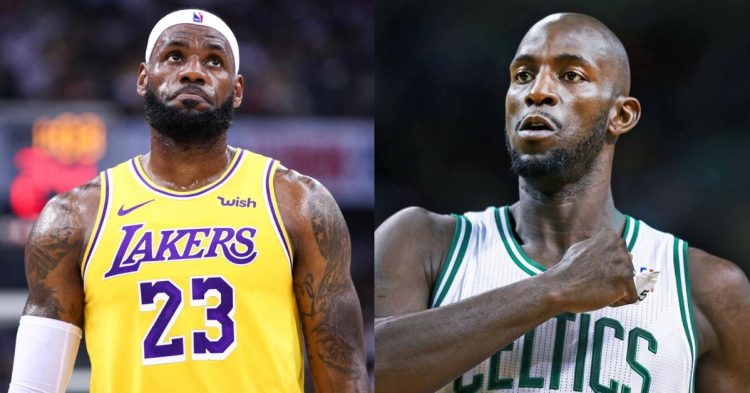 Prior to the success and glory that LeBron James has had this decade, he was struggling to even make the finals with Cleveland Cavaliers. This was back when the eastern conference was just as difficult as the western conference, with Boston Celtics Big 3, Detroit Pistons, and Dwight Howard led Orlando Magic. Cleveland Cavaliers largely met with playoff disappointments against Kevin Garnett’s Boston Celtics.

It is widely believed that the second-round loss to Boston Celtics in 2010 drove LeBron James to join Dwyane Wade’s Miami Heat. Thereafter, Celtics Big 3 shrank and Miami Big 3 started gaining momentum. As a result, Kevin Garnett and Paul Pirce cash in on every opportunity they get to tell fans what led LeBron James to make a weak move like that.

One such opportunity arose recently when Kevin Garnett was on the “Load Management” podcast and he was quick to remind all LeBron fans about his unsuccessful playoff stints last decade.

“For all you LeBron lovers who don’t know sh*t. Who was actually four or even two years old when I was talking about this and this was going on for probably what? 10? Like what, 12, 13 now? And ‘oh, you didn’t do anything.’ I get it. You’re defending. You love LeBron.

When we formed in Boston, and you can never get past that. That’s why I say, we took the jersey off in 2010, he buried that jersey under the TD Bank Arena. That 23 Bron jersey was buried under the garden,” Garnett said during a recent episode of the “Load Management” podcast.”

"For all you LeBron lovers, who don't know sh*t…"

He insinuated that anybody who watched the NBA before 2011 would know how miserable LeBron James is without all-stars around him. However, it is a weak argument by Kevin Garnett as he himself joined hands with Paul Pirce and Ray Allen to make the big 3 after years of disappointing playoffs runs with Minnesota Timberwolves. 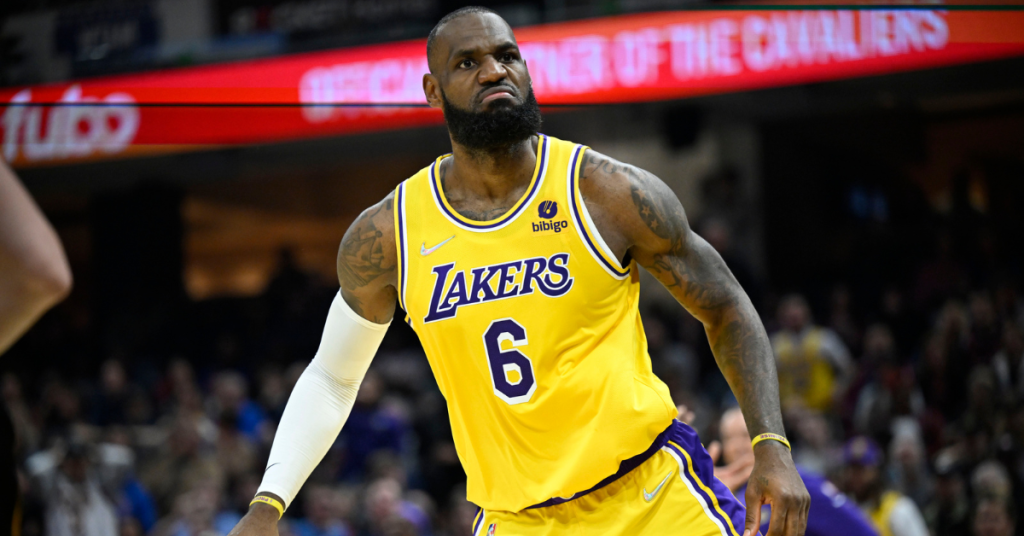 Another big 3 member who completely disregards LeBron James’ greatness is Paul Pierce. It all started in May when Paul Pirce removed LeBron James from his Top 5 list after the 2018-19 season. In LeBron’s defense, he was injured for the most part, and in his presence, LA Lakers were the 4th seed in the western conference. However, he received severe media backlash for missing the playoffs first time in the last 9 years.

On his way to 8 consecutive appearances in the NBA finals, LeBron James snatched the “Big 3” title from Paul Pirce, Kevin Garnett, and Ray Allen to bestow it upon himself, Dwyane Wade, and Chris Bosh. One of the toughest losses for the Boston Celtics was the 2012 eastern conference finals which according to CJ McCollum Paul Pierce is still trying to get over.

Baby steps . I like it Paul. Signs of maturity lol https://t.co/sYaVFF0wF5

Recently, Paul Pierce asserted that the present league is scared of LeBron James and that his era was somehow different.

“Players today are scared of LeBron. If they see LeBron standing in front of them, fear shakes in them. I know this. My era is out the league, we weren’t afraid of LeBron. But these guys today, he strikes fear into these guys.”

Golden State Warriors star Draymond Green told him to “shut up” and said Paul Pierce still fears LeBron James for what he did to him in 2012 ECF.

Draymond with some words for Paul Pierce. 👀

If the Celtics Big 3 were the reason behind LeBron James making the decision, Miami Heat big 3 dismantled the Boston Celtics. Although, Paul Pierce agreed to put LeBron right behind Michael Jordan should he win his 4th title this year with the LA Lakers.