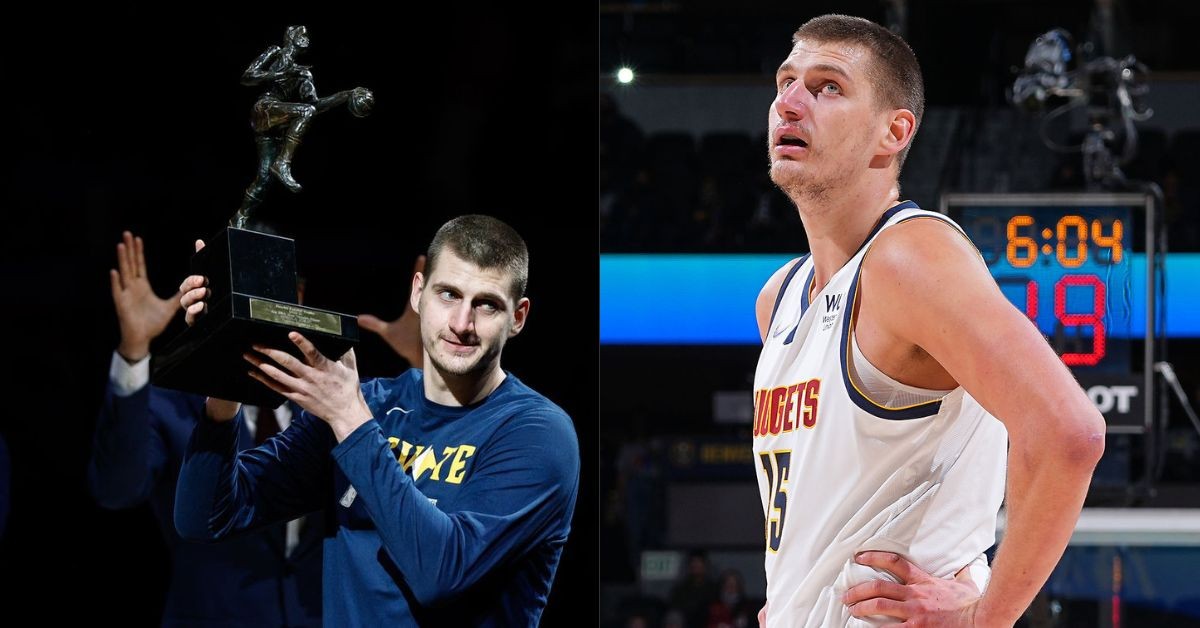 Nikola Jokic has been named NBA Most Valuable Player for the 2nd consecutive season 🃏 #BackToBack pic.twitter.com/ufXcM2cwMF

The Denver Nuggets played the Golden State Warriors in the first round. However, Denver played most of their season with 2 of their best 3 players. Jamal Murray and Michael Porter Jr. missed nearly their whole season. Which is why Nikola Jokic leading them to the playoffs made him an MVP.

In this season, the Joker averaged 27 points per game with 14 rebounds and 8 assists a game as a center. He’s a versatile player and his skill set is ever-expanding. With his current progression, he could one day be the only center in NBA history to average a triple-double. And considering that he does almost everything for his team, the outcome is even more likely.

This is Jokic’s 2nd NBA MVP and they were in back-to-back seasons. But last season the Phoenix Suns sent him home in the Semi-finals and this season he lost in 5 games to GSW in the first round.

There have only been 2 MVPs not including Jokic, who have lost in the 1st round. In the 2006-07 season, Dirk Nowitzki led his Mavericks to the number team in the West with 67 wins and was awarded the MVP. They played the 8th-seeded Warriors and were the clear favorites but still lost in 6 games.

The 2nd MVP was Russell Westbrook. He won his MVP after KD left OKC and averaged a triple-double for the first time since Oscar Robertson did it. However, he too lost in the first round in 5 games to the Houston Rockets.

Will the Joker leave the Nuggets so that he can capitalize on his prime? Or will the returning stars keep Jokic in Denver for a bit longer?

Rose Namajunas Apologizes to Fans for Her Fight Against Carla Esparza, Gets Massive Support From UFC Fighters