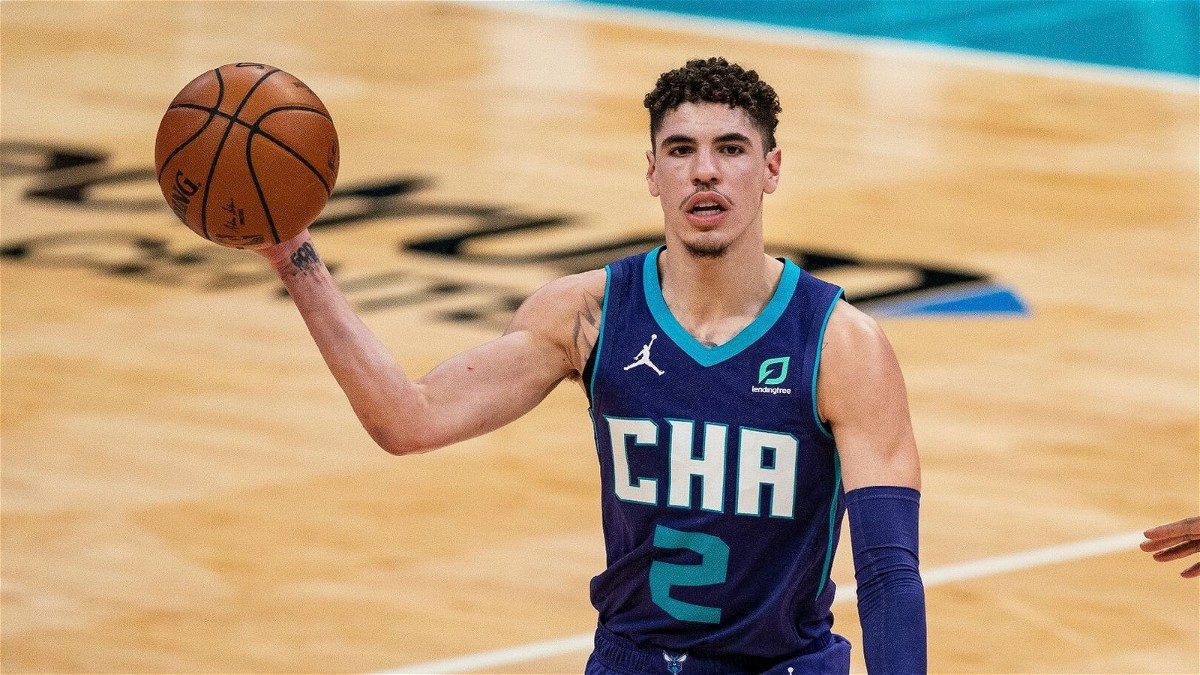 LaMelo Ball is one of the young players that had a huge hype around his name even before he entered the league. Melo is the brother of Chicago Bulls star, Lonzo Ball. He also has a brother in the G-league, LiAngelo Ball. They are the sons of NBA veteran, LaVar Ball.

Melo was drafted by the Charlotte Hornets in 2020. He also went on to win rookie of the year. This is the first time that LaMelo Ball will be a part of the All-Star game. He decided to put on his customized PUMA MB.01 shoes for the Clorox Rising Stars game but they did not exactly help.

Team Payton and Team Barry were up next. LaMelo Ball was the biggest star on the roster. All eyes were on the young point guard. He also had one of the most flashy pairs of shoes on the court. Melo was sporting his PUMA MB.01 Rick & Morty shoes that he received the night before All-Star weekend.

However, the shoes were of no use as LaMelo Ball put up one of the most boring performances ever. The star had the likes of Scottie Barnes and Ayo on his side. On paper, it was easy to picture this team winning it all and LaMelo being crowned rising stars MVP. However, Ball went with a flop and foul strategy.  The young point guard had five fouls and flopped a number of times on the court. Team Barry clinched the win and went on to defeat Team Isiah to win the challenge.

LaMelo Ball is currently averaging 20 points per game, 7.1 rebounds, and 7.5 assists per game this regular season. The Hornets are currently 10th seed in the Eastern Conference

NBA All-Star 2022: Zach LaVine Is Cleared to Participate in the All-Star Game