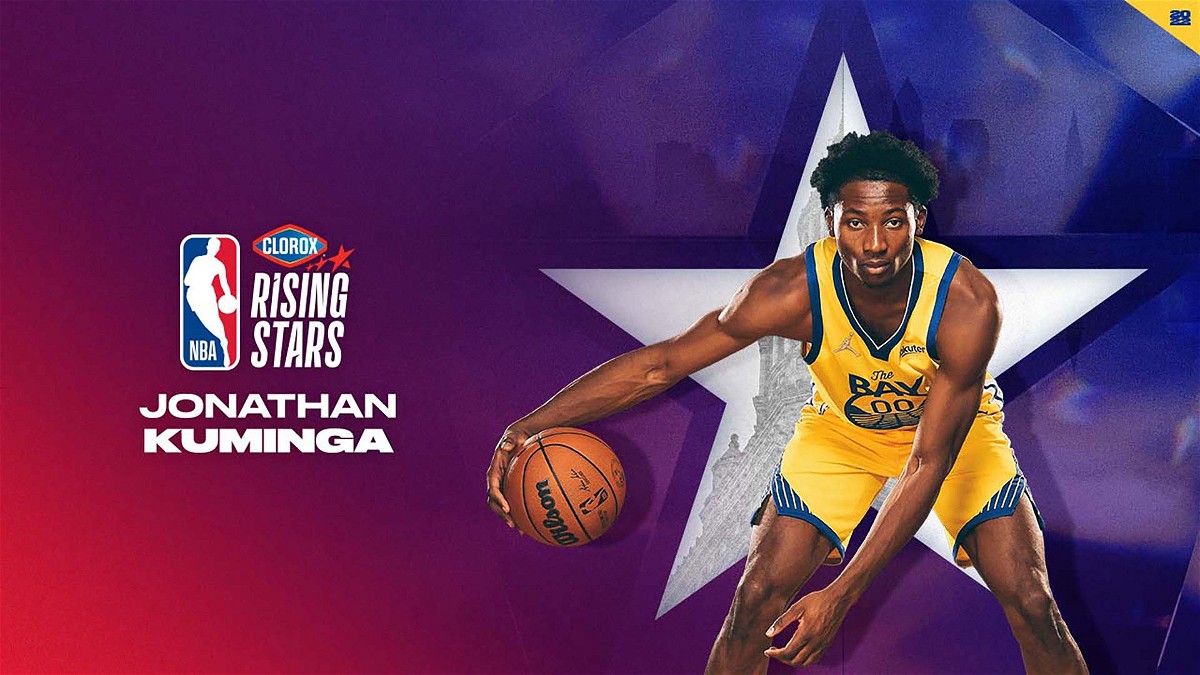 The NBA All-Star weekend is just around the corner and the excitement is at an all-time high. The classic All-star weekend format has been changed a lot in the last few years. The one that has changed this year is the All-Star Rising stars game. And Jonathan Kuminga has made his way to experience this change firsthand.

The 5 main events of the All-Star weekend have been the dunk contest, the 3 point contest, the skills challenge, the rising stars game, and the All-star game. We have seen the number of attempts for the dunk contest reduce and we have also seen the inclusion of the Mountain Dew 3-point ball.  In the All-star game, we now have teams being picked. And the game is one now with a target rather than a normal one.

All these changes have been accepted by fans with open arms. This prompted the NBA to change the Rising Stars game as well. Instead of the usual format of team world vs team USA, there will now be 4 teams.

Teams will be selected by the members of the 75th Anniversary Team. The pool of players will include rookie and sophomore players from the NBA and 4 G-League Ignite players.

Team 1 will play team 2 whilst team 3 will play team 4. And the winners of both games will play the final game 3. However, these games are to set points, meaning whoever scores 50 in games 1 and 2 first moves on to game 3.

These are extremely fun additions to the obsolete style of play.

Jonathan Kuminga gets a spot as an injury replacement

It’s safe to assume that the Golden State Warriors are back to being the powerhouses of the West we are used to seeing them as. Stephen Curry has been leading them but without a supporting cast around him, they would not be as good as they currently are. Kuminga has had a big impact on that success.

His averages are not one that jump out of the stat sheet but watching him play will will clear any doubts about him. He was considered as one of the snubs from the rising stars game.

However, as Chris Duarte of the Pacers picked up a toe injury, it paved the way for Kuminga. Jonathan Kuminga will now be playing on team Payton with LaMelo Ball and Scottie Barns.

This team looks like a clear favorite to win the Rising stars game. Also, the fans believe Kuminga will put in a shift to secure that win as well.