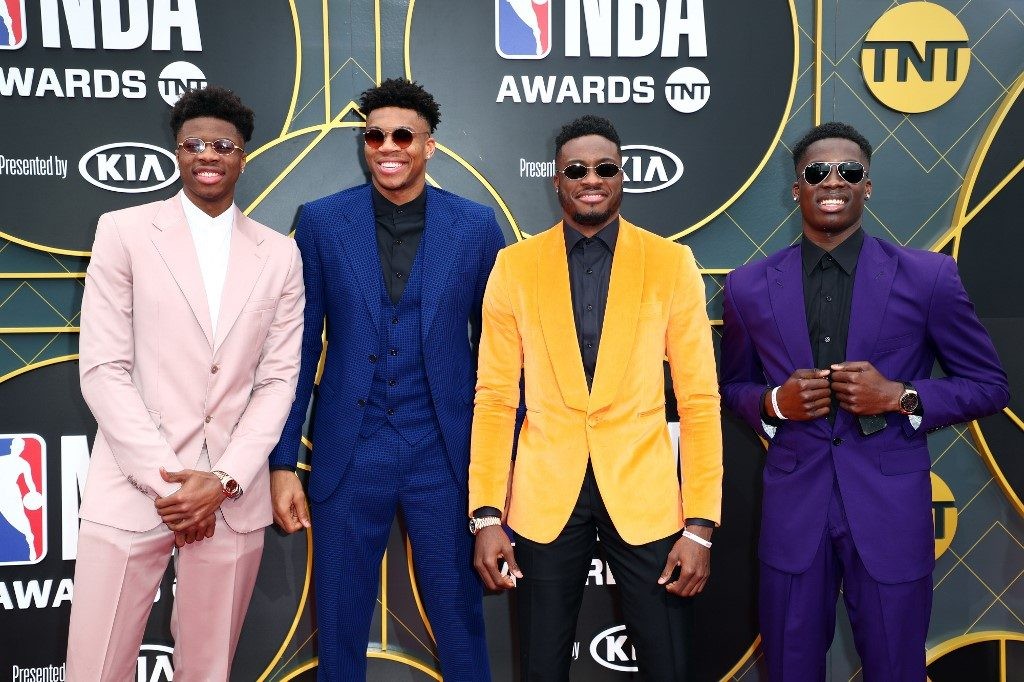 Giannis and Thanasis Antetokounmpo were crowned NBA champions last season. Alex Antetokounmpo on the other hand won the Summer-league championship and is now playing in the G-League with the Raptors 905.

Giannis and Thanasis are working hard with the Milwaukee Bucks are looking to bring home another championship. Thanasis is averaging 2.9 points, 2.4 rebounds per game. The Greek Freak is putting up 28.9 points, 11.2 rebounds, and 5.9 assists per game. The trio is all set to make an appearance together at the NBA-All Star weekend

The Antetokounmpo bros are set to team up and take on the Cavaliers and the Rooks in a completely revamped skills challenge at the NBA All-Star Weekend 2022 in Cleveland. The Cavaliers will see Jarrett Allen, Evan Mobley, and Darius Garland represent them. Scottie Barnes from the Toronto Raptors, Cade Cunningham from the Detroit Pistons, and Josh Giddey from Oklahoma City Thunder will represent the Rookies.

This is the first time in NBA history that a trio of brothers will take the court at an All-Star weekend for a skills challenge. The Antetokounmpo brothers also became the first siblings to all win championships. Alex is also the first player to make an All-Star appearance without an official NBA contract. The Greeks are truly leaving a mark on the NBA.

The format will see the three teams compete in three challenges. Two teams with the most points from the three challenges advance to the finals. The first challenge is shooting. The second and third are team passing and team relay respectively.  The half-court shot contest is the final challenge. All players will take attempts, the team that finishes it the quickest wins the skills challenge

Normally it is the rookies that are the try-hards. However, with the Antetokounmpo brothers all set to take the floor, everyone else better watch out. Giannis and co will be looking to become the first sibling trio to win an NBA All-Star skills challenge as well.