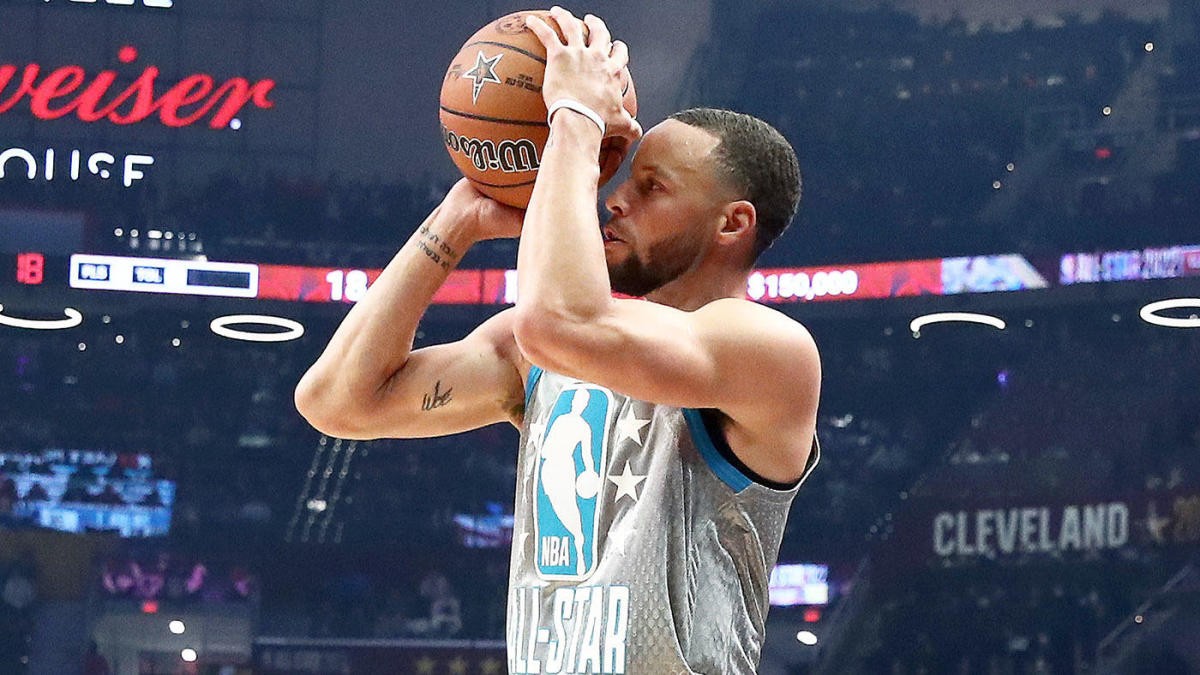 When you hear the words ‘Stephen Curry‘, the next words that automatically come to your mind are ‘from 3’. Curry has gotten himself the title of the greatest shooter of all time with a lot of records and accolades to back it. However, on tonight’s all-star game, he’s picked up another one.

On All-Star Saturday we saw Giannis tell Curry that he has changed the game. The truth in the sentence is way too much to ignore. Teams are built around shooting and teams that lack that automatically suffer. That’s all because Stephen Curry sold the dream that if you make your 3’s you can make dynasties.

What record did Stephen Curry break?

Stephen Curry is the NBA’s all-time 3 point leader. He also holds the streak for most consecutive games with a 3 point made field goal and also the most 3 point field goals made in the postseason and NBA Finals. He also has 4 out of the top 5 single-season 3 point records and at one point had the record for the most 3’s made in a single game.

Tonight in the All-star game he was looking to beat AD‘s record of 51 points. Curry finished the game with 50 points. Just one basket shy of owning another record. Steph did not leave the game empty-handed though. He has to break at least one 3 point record every time he plays.

Stephen Curry made 16 3 pointers, completely obliterating the single-game record. He also did this whilst shooting nearly 60% of his 3-point attempts. The record was previously held by Paul George with 9 threes made. Curry scored almost double.

Also due to the sheer number of made shots, it’ll be very difficult for someone to break it. The only man that could break it is Curry himself. His 50 point effort got Team LeBron the win and win himself the Kobe Bryant All-Star MVP.

Watch: Michael Jordan Embraces Luka Doncic in a Moment for the Ages for NBA Fans at the All-Star Game