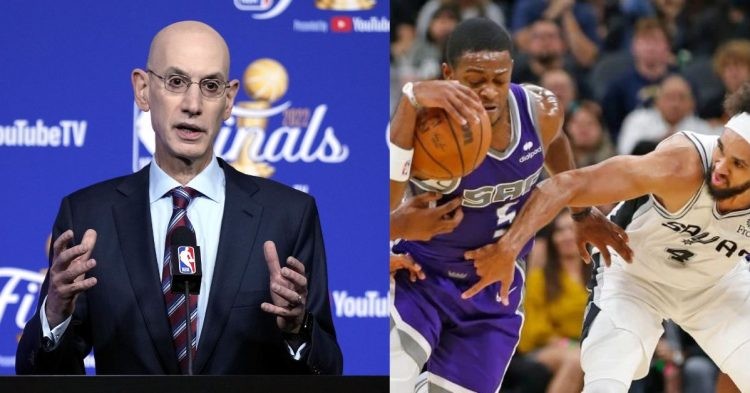 The NBA is a league where basketball grows and keeps along with the times. It would interest many people to know that some NBA superstars like Shaquille O’Neal have been so dominant that their play has warranted a rule change.

It is important to know what these changes are and how they will impact the game for the upcoming 2022-23 NBA season. We should simply want to understand these rules and see if it is being incorporated. After all, it will be difficult for veteran players like LeBron James to take these new rules into consideration.

At first glance, people have a tendency to dislike new rules and regulations. However, they will realize that this is actually an excellent move and decision by the league. The move was made to target a very common style of behavior displayed by players. Not many NBA fans will be aware of the basketball lingo and will need a thorough breakdown of the transition foul and how it will change next season.

Transition refers to when the offensive team secures the ball and proceeds to move it up the court. It is a common term alongside pace and tempo used to define pushing the ball up the floor. It is common sense to use a transition to a team’s advantage and catch the defense out of position. However, sometimes that leads to the immediate defender wrapping his mark in a “non-basketball-like” manner to allow his team to get back into play.

Beginning this season, there will be a heightened penalty (1 free throw + possession) for intentional fouls committed by defenders which deprive the offensive team of a fast-break opportunity. See below for an educational video regarding “Transition Take Fouls”: pic.twitter.com/aOf1ZrqAu5

This was widely considered a smart move. Be that as it may, it is important to keep in mind that it is also dangerous. A man moving at full speed grabbed and held back could result in a serious injury. The NBA is aware of this and incorporated the “Transition take foul” to address the issue.

Now, the opposing team will be given a free throw and allowed to retain possession. Therefore, this will serve as a deterrent for players constantly resorting to these actions. It will urge them to get back in “transition defense” and make clean plays instead.