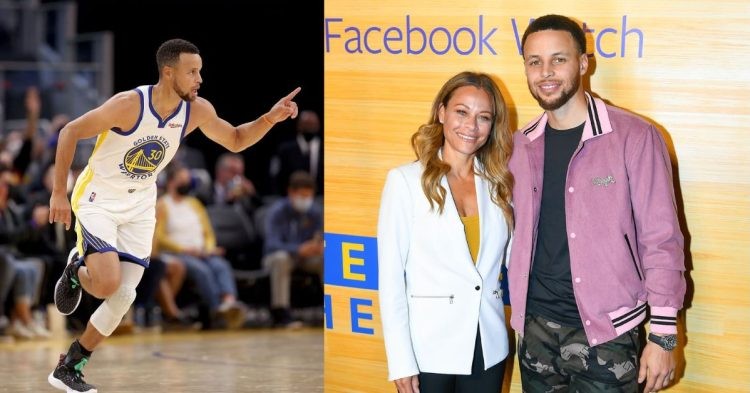 Stephen Curry on the court and with his mother Sonya Curry (Credit: Twitter)

Stephen Curry might not have entered this world if his mother Sonya Curry had decided to abort her child. In an interview, she revealed details about how she almost went through the process of abortion.

Since we know that both Steph and his brother Seth were indeed conceived, Sonya clearly decided to change her mind. This is a powerful internal struggle that a woman can go through. After all, labor and childbirth are not the easiest of processes to undergo. With that being said, we should take a look at what she said and understand her perspective and narrative of this experience.

Sonya Curry thanks God for the blessing that became Stephen Curry

There is simply no point in overthinking this situation. Sonya revealed that she initially mentioned her struggles in her book, “Fierce Love: a memoir of Family, Faith, and Purpose”. She revealed that her goal was to let people know that it is okay to be struggling with issues like motherhood and parenthood.

Sonya Curry speaks out about how she almost had an abortion while pregnant with Steph.

Sonya also revealed something that not many NBA fans knew, “The decision that I made to keep him at that point is also countered with the decision that I made to not carry through with the previous pregnancy. And so God is bringing it all together. Showing me being able to just say, hey here’s this decision I just made at this point, and look at the blessing that he’s become and I just thank god for that.”

We have always assumed that Steph is the oldest child. However, it turns out that there might have been another sibling before them if Sonya had never gotten the unknown child aborted.

NBA fans certainly shouldn’t be quick to judge her for her actions. After all, she certainly made the right decision in keeping Stephen Curry. He has turned into one of the greatest NBA players of the modern generation and has revolutionized the game.

In fact, people have claimed that Steph is the greatest shooter that God has ever created. His mother Sonya also thanks God for showing her the right path and helping her make the correct decision.
Tags: NBASonya CurryStephen Curry
Previous Post