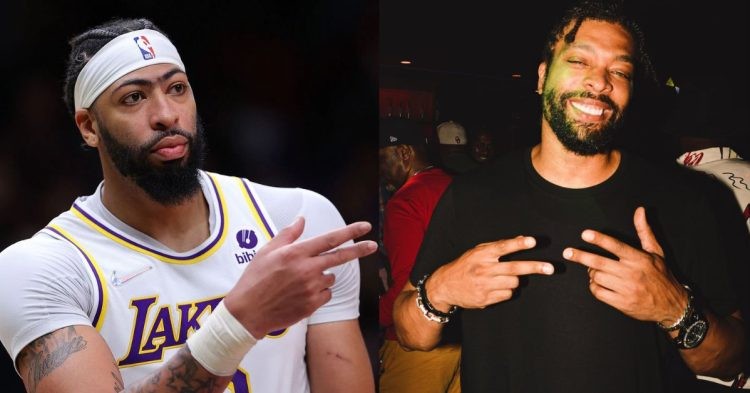 Anthony Davis is known as one of the best players in the world. He has cemented his place in the LA Lakers team, together with LeBron James. AD won the championship with them in 2020 and has failed to touch silverware since. The Los Angeles franchise has also missed the playoffs this year. They were expected to be one of the contenders after acquiring Russell Westbrook, who has failed to make an impact.

Davis enjoyed a decent season individually. He averaged 23.2 points, 9.9 rebounds, and 3.1 assists per game this season. Together with that, he also puts 2.3 blocks per game. Let’s have a look at his best plays this season.


Recently, there have been rumors that Anthony Davis and DeRay Davis could be related. DeRay is an American stand-up comedian that has been in the industry for more than a decade. Many fans believe that the two could have some sort of blood relation, considering how they look and how they both have the same last name.

DeRay recently caught the headlines after he revealed that he had two girlfriends, in an interview. Other than that, he was also a character in the famous comedy movie 21 Jump Street. The film had a star-studded cast of Jonah Hill, Channing Tatum, Dave Franco, and Ice Cube.

What is the relationship between Anthony Davis and DeRay Davis

DeRay Davis was born in Chicago, Illinois in the United States. He began his career locally in small comedy and drama clubs. The American then moved to Los Angeles to pursue stand-up comedy on a larger scale.

Wait. Are DeRay Davis and Anthony Davis related? They’re both from Chicago and they both look like this *waves hand around* pic.twitter.com/y91c8YBlja

This is where things get interesting, Anthony Davis is also from Chicago, Illinois. It is quite hard to believe when someone says that they are not related in some other way, despite being from the same place and having similar looks. The only difference between the two men is that AD was born in March 1993 and DeRay was born in February 1982.

The number of fans that took to Twitter to clear this doubt is truly astonishing. It was unbelievable that the resemblance between them was strikingly similar. AD’s parents were Erainer Davis and Anthony Davis Sr. Since DeRay has not disclosed any information about his family members, we can only speculate that the two are somewhat related.