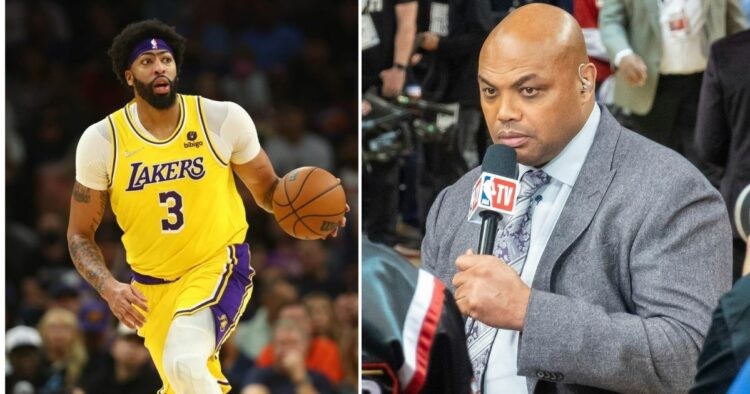 Anthony Davis is one of the most valuable players on the LA Lakers squad. Last season, Anthony Davis, LeBron James and co dominated the bubble and went on to win a ring for Kobe Bryant. However, the playoffs of the 2021 season did not go as planned for the Lakers.

The Lakers were determined and looking to back to back this year. They truly fought till the very end. The Lakers faced the Warriors in a play-in match and advanced to the Playoffs. In the first round, The LA Lakers went up against the Phoenix Suns.

Anthony Davis dealt with multiple small injuries and in game 3 he hurt his knee and in 4, his groin. Anthony Davis’s injury was a nail in the coffin for the LA Lakers. He however still tried to play game 6 even though he was not ready and had to leave the game within first 5 minutes. The Lakers were majorly affected by this loss and the defending champions were eliminated in the first round of the playoffs this season.

Anthony Davis has been described by many critics as a soft or injury prone player in the NBA. Similarly in the playoffs this season when Anthony Davis sat out of Game 5 but showed up for his team trying to play game 6, he suffered an injury and could not see the Lakers past the finishing line.

Charles Barkley clearly had some words for this decision by Anthony Davis. He went on to call him ‘Street Clothes’ and said that it was not the best judgment as Anthony Davis was not ready for Game 6.

This is not the first time that Anthony Davis has had to deal with critics about his injuries. But a man only has one breaking point. Shots were fired back by a fuming Anthony Davis when he went on to say,

I don’t have to prove nothing to anyone, I’m not going to prove anything to anyone. It doesn’t matter to me. The things that everybody are saying? It comes with the territory. When you’re a player of my caliber, guys expect things from you and are going to say things about you. Whatever their reason is, it’s my job to be on the floor. I know what I go through and what I play through and what my body goes through. The front office and coaching staff know. So I don’t need to prove anything to anyone that’s outside of this Lakers organization.

AD indeed has nothing to prove to anyone else as he did prove his worth as a member on the Los Angeles Lakers squad and he did win a ring for them.