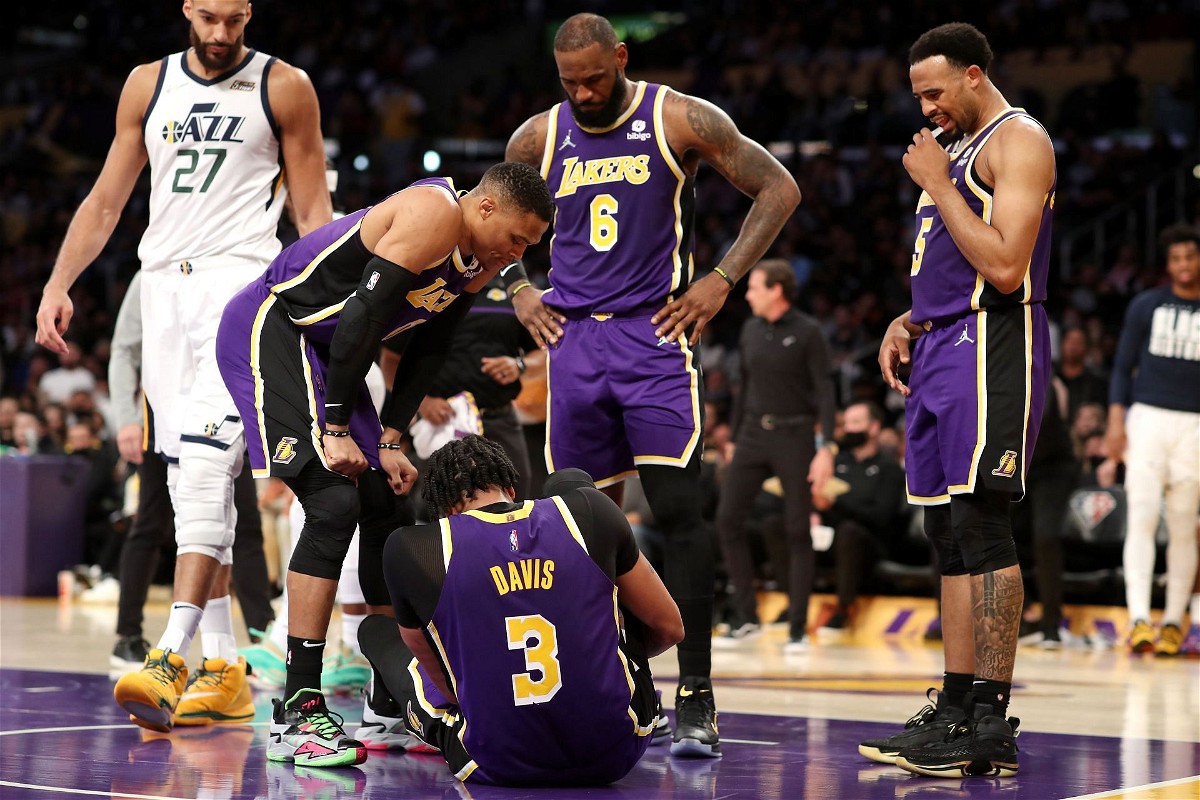 Two streaks were broken in one game tonight when the Los Angeles Lakers took on the Utah Jazz. The Lakers broke their 3 games losing streak whilst simultaneously breaking the 6 game win streak of the Jazz. We saw Anthony Davis pick up an injury and the Jazz choking a lead to the Lakers. These are things that happen on an everyday basis.

The LA Lakers fared well even without AD

The Los Angeles Lakers and the Utah Jazz started off the games like two bulls with their horns locked with each other. The score at the end of the first quarter saw now team taking any sort of lead going into the second.

However, in the 2nd quarter of this contest with about 3 minutes left, Anthony Davis jumps to catch a pass from Monk off a pick and roll. However, his right leg did not land properly and his ankle bent awfully. Davis could not even walk himself off the court and needed to be escorted out. Anthony Davis was leading the scoring with 17 points in 16 minutes.

The morale of the Lakers dropped and the Jazz took complete advantage of that. They outscored the Lakers in the 2nd and 3rd quarters. The Jazz even led by as many as 14 points. But just like the last time the Jazz played the Lakers, they choked a lead that they had.

The Jazz was outscored 29-17 last time out and this time was no different. Los Angeles scored 35 points in the 4th quarter and grabbed the win from the hands of the Jazz. It showed some serious heart from the Lakers that just saw Davis go down in front of their eyes. LeBron avenged his co-star with 33 points, 8 rebounds, 6 assists, and 2 steals on 61% from the field.

After being escorted out of the game, Anthony Davis had an X-ray conducted on his right ankle. Thankfully for the Lakers organization, fans, and AD himself, the test came back negative. However, there is no timetable currently provided for his return.

Official word from the Lakers: Anthony Davis has a right ankle sprain; X-rays were negative. No time table for recovery provided at this time. He will be reevaluated after the All-Star break.

Anthony Davis has become extremely injury prone which is hurting the chances of his team to ever be able to contend. He will have to re-learn the way he lands and seriously strengthen himself before coming back on the court. Otherwise, we could see his career end way sooner than it should and put him in a list of ‘has been’.