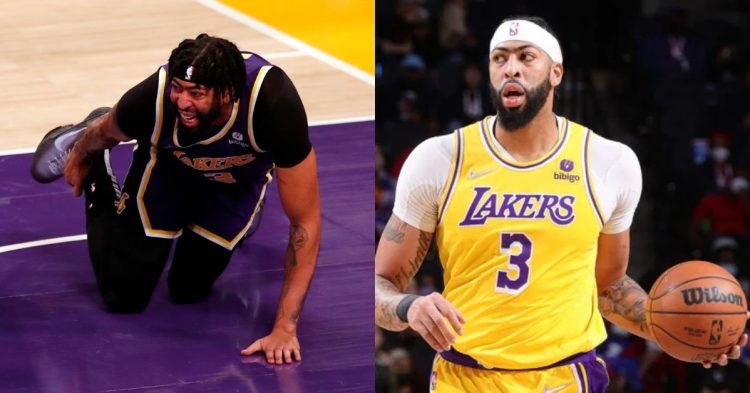 Los Angeles Lakers superstar Anthony Davis has not had a good season so far. Although he has put in a shift for his team on the court at times, injuries have not been kind to the former NBA champ. It is no secret that the community expected him to be one of the league’s greatest, which hasn’t been the case so far. Make no mistake, AD is one of the best players on his day, but injuries have held his progress back way too much.

Anthony Davis scored 10 PTS in 17 MINS before leaving the game with a right foot injury. pic.twitter.com/cIa4ivrFYw

On December 17, 2022, Davis suffered a stress injury on his right foot when playing against the Denver Nuggets. It all started right there for the 29-year-old, who has struggled with the same injury since then.

When is Anthony Davis returning from injury?

Lakers head coach Darvin Ham spoke on Davis’ absence and current injury status. He said, “In terms of AD, he’s going right according to plan. Yes, both he and Lonnie have had MRIs but there’s nothing that’s out of left field that we discovered. Everything that we’ve seen is right on page with what we thought it would be and so just taking our time and making sure those guys are healthy first and foremost.”

Davis has mentioned that he has been seeing four to five doctors recently as well. He told the NBA that he has been trying to see if he can avoid undergoing surgery. As per reports, AD has suffered a bone spur fracture and a stress reaction in the navicular bone. It certainly looks like Davis will not be returning to the court any time soon. Together with that, he also admitted that the bone spur issue has been there from early on in his career.

We can be sure that the Lakers are missing AD. Before his injury, he was averaging a double-double, 27.4 points, 12.1 rebounds, and 2.6 assists in 25 games. The NBA world certainly expected him to have a great season, until the injury. In his absence, the Lakers seem to be doing surprisingly well too. LeBron James has stepped up for the team when they needed his presence the most.

As for AD’s return date, we still do not know the exact timeline of when he will step foot on the court again. It is evident that Darvin Ham doesn’t want to rush Davis’ return, mainly because that could worsen things. We can expect AD to be out at least until later this month.

Luka Doncic’s Godfather- Did He Play in the NBA?