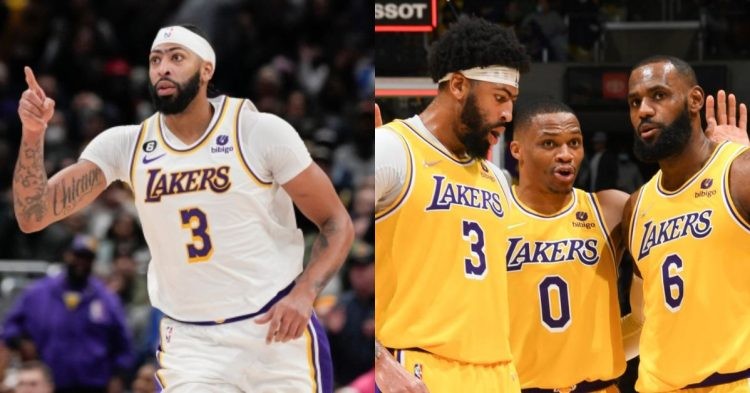 Lakers’ big man Anthony Davis has always had trouble staying healthy, throughout his NBA career. After starting off the season with back problems, Davis was slowly regaining his form before the injury bug hit him again.

Davis was having an excellent December in terms of numbers, stuffing the stat sheet each game and having just one game with single-digit points scored. But following a Dec 16 game against the Denver Nuggets, the Lakers announced that AD would be out again indefinitely with a stress fracture in the right foot.

When will Anthony Davis return to the Lakers?

The news of The Brow’s injury came as a big disappointment to himself, his team, and his fans alike, as Davis had been in terrific form. He’s averaging 27 and 12 for the season currently, and Laker Nation is eager to see him back on the court.

If rumors are to be believed, that day could arrive much sooner, than later. Davis appears to be making decent progress on his rehabilitation and could lace up for the Lakers after a couple of weeks.

Anthony Davis has been out with a stress injury to his right foot for several weeks now, but he appears to be making progress toward a return. According to ESPN's Dave McMenamin, Davis plans to begin ramp up optimistic. He can return to the court in a few weeks 😎😎😎 pic.twitter.com/nQ3MQ9uG3r

As per an ESPN report by Dave Mcmenamin, Davis will begin his ramp-up process this week with the hopes of returning to the court in the coming weeks. Providing insights into what the ramp-up process would look like, Dave stated, “The ramp-up process will involve aquatic pool workouts and running on an altered-gravity treadmill to keep the big man’s full weight off his foot while it continues to heal, sources said.”.

Prior to this, it had been reported that Davis was to start doing basketball activities this week to test the foot. So far, it certainly feels like things are going well in terms of recovery for Davis. The Lakers have gone 7-5 in 12 games without Davis during this span.

UPDATE: Anthony Davis will begin the ramp-up process this week to work towards a return 👀 pic.twitter.com/u6E04tHd5z

The telling part will come now, though, as his eventual return to the court will show whether he will experience a relapse and might require surgery or whether he will recover more slowly and possibly take longer. The Lakers do have a long run of home games coming up, with eight of their next nine games (starting on January 25) taking place in Los Angeles, and only one road trip is to Portland.

In other words, it seems like this is the crucial phase of AD’s rehabilitation that will determine how soon he can return to the floor and possibly aid the Lakers in their playoff push.