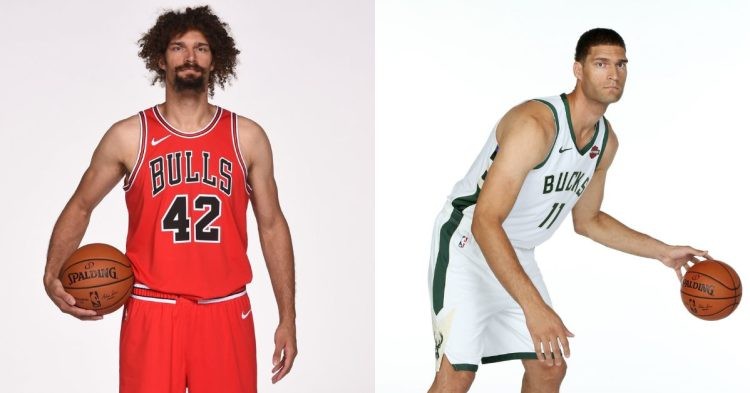 Brook Lopez and Robing Lopez are both veterans in the league. The two siblings have been around for a very long time. Apart from being twins, the two of them share another similarity between them, they are both very good at basketball. Both of them were a part of the same draft class.

Who has had a better career between Robin and Brook Lopez?

While both of them share the same genes, their playstyles and talent for basketball vary quite a bit. Robin was once a solid starting center in the NBA and was one of the best defensive players in the league. Brook Lopez on the other hand is still a solid starting center, who can shoot from beyond the arc and defend just about anyone in the league.

Brook Lopez has contested the most shots this season.

He leads the NBA in blocks. pic.twitter.com/cfaNwotciS

Unlike his, brother Brook has found a home with almost every team that he has played for including the Jets, the Nets, and the Bucks. Robin on the other hand has found his way around 9 different teams throughout his career and is still looking for some stability.

Also unlike his brother Robin, Brook has been to and won an NBA final before. Brook won the championship in 2021 with Giannis and the Milwaukee Bucks. Going off of this alone it is clear to see that Brook has had a better NBA career than Robin.

Will Robin and Brook Lopez ever play for the same team again?

Robin and Brook are nearing the end of their careers having spent almost 14 years in the league now. Both of them have played for several teams and are in a comfortable position in their careers. So, as things stand we might never get to see the brothers together on the same team since their time with the Bucks. Here’s a clip of Brook taking some playful shots at his brother in a post-game interview.

But, that’s not necessarily a bad thing since it is always entertaining to watch the two of them go head-to-head against each other.