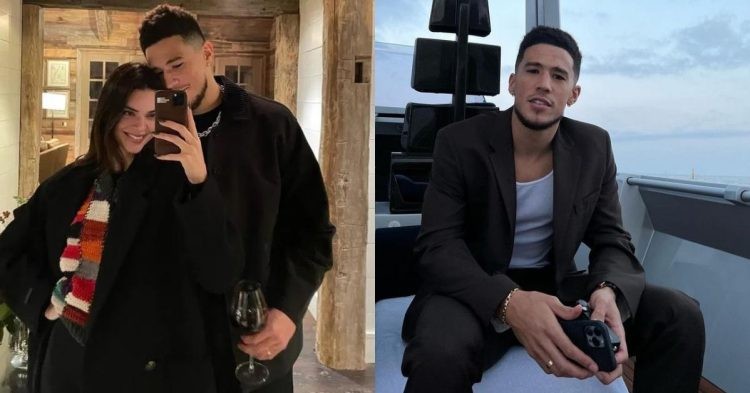 The NBA world has been on fire ever since reports of Devin Booker and Kendall Jenner splitting up started making rounds on Twitter. The two of them have been in a very high-profile relationship since 2020 and the news of their splitting up has resulted in a lot of memes.

People have been repeatedly linking their breakup with the free agency since it’s the off-season, while others are claiming that Phoenix Suns have finally been lifted off the Kardashian Curse.

And these are not just memes, it seems like this news of them breaking up just might be true since Devin Booker has deleted every Instagram post linking him to Kendall Jenner except this one.

Why Did Kendall Jenner break up with Devin Booker?

Kendall has dated about 4 NBA stars, and whenever news of her breakup comes out, it is more often than not a permanent decision. However, sources close to the Kardashian family believe there is a huge chance that the two of them will end up together again.

Kendall Jenner has reportedly traded Devin Booker in exchange for ‘space and time apart,’ per @enews.

There’s reportedly a chance, however, that Jenner could re-acquire Booker at a later date. https://t.co/oq3e9hG660

What does this mean for Booker’s NBA career? Well, Booker has made some pretty huge blunders ever since he started dating Kendall Jenner. His underwhelming performance in 2021 led to the Suns losing their only chance at a championship in about 28 years.

Giannis and The Bucks eventually took that championship home. Then after that, he ended up being completely neutralized by Luka Doncic and The Dallas Mavericks in 2022.

Devin is declining and this relationship could be playing a huge role in that. It seems like he just can’t handle the stress of dating someone from the Kardashian family. Expect to see Devin Booker being his usual self if the relationship has truly ended. Or not? Only time will tell.