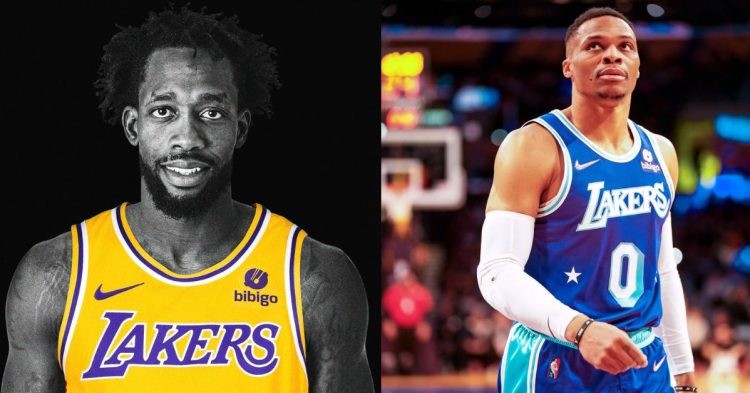 The LA Lakers are looking to improve on their form in the recent seasons. They missed the playoffs for the second consecutive time this season. With world-class players like LeBron James, Anthony Davis, and Russell Westbrook, that is simply unacceptable.

The Lakers have hired a new head coach in Darvin Ham to lead them into a successful rebuild. They have done decently in the market so far after snapping up Patrick Beverley from the Utah Jazz. The move saw Talen Horton-Tucker going the other way, according to reports. They announced the move officially on their Twitter page on the 26th of August.

Now that Pat Bev is in LA, what will it mean for Russell Westbrook? We all know the beef between them started almost a decade ago. There might be a possibility that both players have put that behind them now to focus on the same goal. But considering that, neither of them has commented on the issue since the trade happened a few days ago.

Recent reports have emerged saying that the Lakers might let Russ go. Moreover, Beverley might not be their last incoming player this summer.

The team is still actively pursuing Russell Westbrook deals and other avenues to improve the roster before training camp, sources tell @jovanbuha.

Apart from the trade, there are a few other reasons why Russ might be shown the way out as well. The main one will be his expensive contract. Russ will earn a base salary of $47 million in the 2022-23 NBA season, according to spotrac. He will enter free agency in 2023. His lucrative contract means that the Lakers organization does not have the financial freedom they need for a rebuild.

We all know how good Westbrook was when he played for the Oklahoma City Thunder. He was one of the best players in the league at the time, together with Kevin Durant. However, that has completely changed now after he moved to LA. He hasn’t been able to put up similar numbers. In addition to that, his play style hasn’t worked out with LeBron and AD’s.

Now we know that those two are essential for the Lakers. The board will never let them go. Russ is an expensive player who is not able to get back into form, and that’s what makes him an ideal candidate to offload. It is still unknown what the Lakers have in mind, regarding who to trade the 33-year-old for. But it seems like a Kyrie Irving move is off the cards now after he decided to stay.