“Aye Jokic. That Was a Dime”- Nikola Jokic Wows Kevin Durant With a Stunning Performance Against Philadelphia 76ers 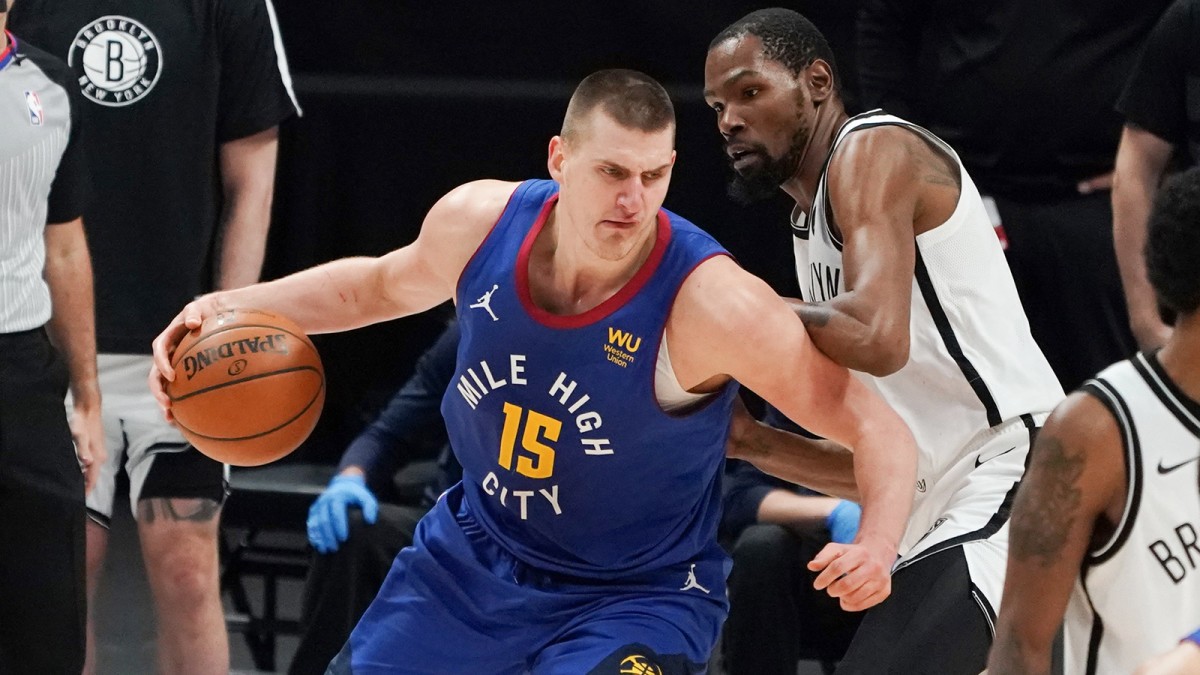 The MVP race this season has been historic. The numbers that most of the candidates are putting up, like Luka Doncic, Giannis Antetokounmpo, and Ja Morant are astounding. Such numbers would have won them a unanimous MVP in any other season. But the clear frontrunners in this MVP race are the Sixers’ Joel Embiid and the Nuggets’ Nikola Jokic.

The duo has been prolific this season and contributed significantly towards their teams’ records. They have been consistent to a fault, and not once suffered from an underwhelming patch of form across the season.

Jokic has played 61 games this season, more than anyone else mentioned here. He has averaged 26.1 points, 13.8 rebounds, and 8.1 assists over the course of the season. An all-around return that puts many other players to shame. And more importantly, the Joker has been the single most important factor in the Nuggets being 6th in the Western Conference.

Jokic has had to play the entire season without his star teammate, Jamal Murray, due to an ACL tear. Likewise, Embiid was also deprived of a second star to rely on with Ben Simmons forcing his way out of the team.

However, that did not deter Embiid from having the most prolific season of his career. In 54 games played, he has dropped an average of 29.8 points and 4.4 assists, both career-high returns. While also averaging 11.3 rebounds a game.

Nikola Jokic wows against Joel Embiid and the Sixers

On Monday night, the 2 MVP candidates clashed for the first time since 2019.

In an excellent back and forth, the MVP favorites traded point for point and battled it out. But it was Jokic who got the better of the 2, even though he was slightly outdone by Embiid on paper. Not only did Jokic get the win, but he also earned some Twitter praise for these assists.

His stunning plays won the praise of none other than the most active NBA superstar on Twitter, Kevin Durant.

Aye jokic. That was a DIME. pic.twitter.com/KuxwwPYeAv

Jokic will look to continue this impressive run of form and cement his case for his 2nd MVP award.