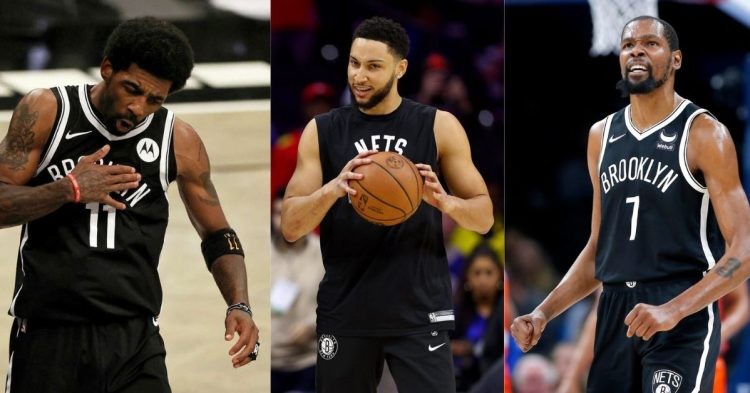 Ben Simmons has been heavily criticized for his behavior over the past few seasons. We all remember how he sat out and did not suit up for the Philadelphia 76ers last season. He cited mental health issues as a reason for not playing. However, when Simmons was traded to the Brooklyn Nets to play alongside Kevin Durant and Kyrie Irving, he did not step on the court as a Brooklyn Net.

This behavior unleashed a barrage of criticism against the young star. We are quick to forget that everybody has complicated obstacles that might seem very simple. Anyone who plays basketball knows how easy it is to shoot it and will proceed to criticize Simmons.

Criticism is just to an extent. However,  it is important to remember that we can never really understand what Ben is going through unless he chooses to tell us. Thankfully, the Brooklyn Nets star sat down in an interview with his former teammate JJ Reddick.

This is quite a delicate situation and nobody has been able to handle it very well so far. Some want to tear Simmons apart for his unprofessional and non-sportsman-like behavior. On the other hand, advocates of mental health are looking to give him a pass for everything and immunity for his behavior.

We should be free to decide for ourselves how we feel about him and his situation. Simmons explained how his struggles last season affected him to JJ Reddick.

“Thing is, you got a lot of guys in the NBA that might be like, Oh I’m sore today. I’m hurt. I can’t play. And the situation I’m in is not a normal situation, so it’s hard for me to be like I actually can’t play… But me, knowing me, I’m like let me just try and prove them wrong. Let me try and get on the court… So when it got to that point where I’m in practice, like, I know I’m not feeling right. I can’t, I know my muscles- my glutes are not working. I can’t jump, I can’t dunk. And people don’t see that stuff.”

One should only hope Simmons is getting the best treatment for whatever he is going through. He did not really reveal much at the end of the day. However, we should just be happy that he is confident of making a return this season.
Tags: Ben SimmonsBrooklyn NetsKevin DurantKyrie IrvingNBA
Previous Post