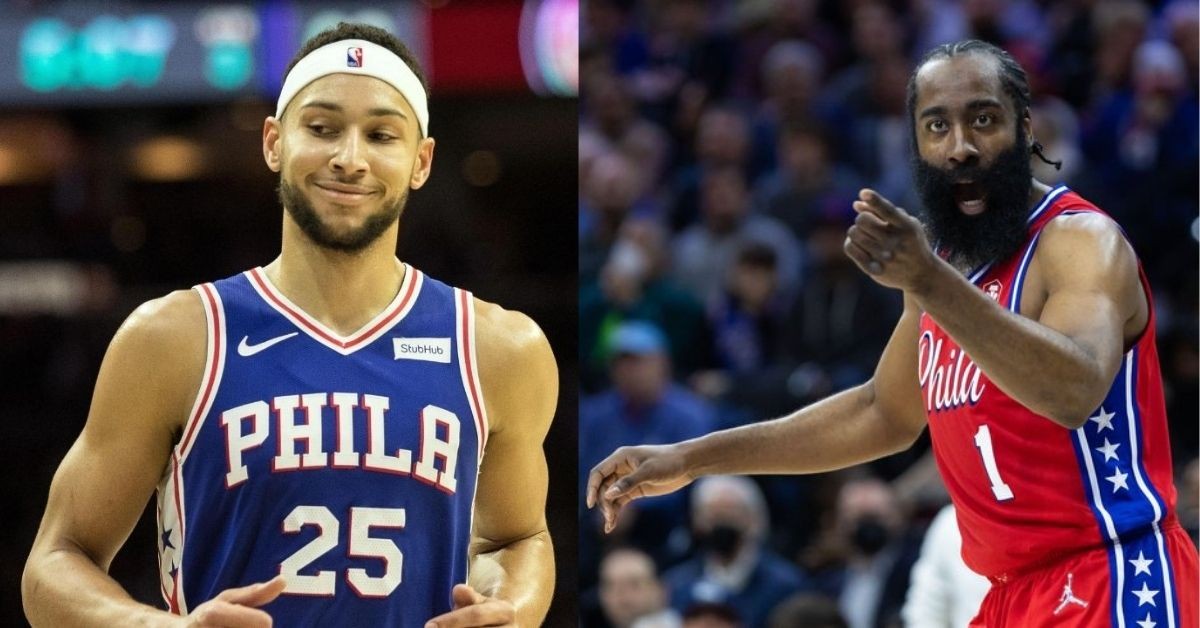 The Philadelphia 76ers endured almost a year of inactivity from Ben Simmons before trading him away to the Brooklyn Nets. After the 2020-21 season’s playoff elimination, Ben Simmons did not make a single appearance for the Sixers and demanded out.

After a season that saw multiple turns in the Ben Simmons saga, the Sixers finally found a way out. Right before the trade deadline, the Philadelphia 76ers reached an agreement with the Brooklyn Nets. The disgruntled James Harden would swap places with the inactive, and injured Ben Simmons.

The primary reason for Simmons being traded out was the Sixers’ dissatisfaction with his playoff performance. His refusal to attempt a shot, and pass over clear looks at the hoop cost the team dearly. A lack of confidence had clearly taken its toll on the Australian star and it reflected on the court.

Subsequently, he also fell out with his long-time teammate, Joel Embiid. And after the two split ways for Embiid to team up with Harden, there was no love lost between the two. Embiid posted a popular meme in reference to Simmons’ departure that publicized their fictitious relationship.

And now with the Philadelphia 76ers crashing out of the Eastern Conference semifinals against the Heat in 6 games, the former Sixer might have the last laugh.

Ben Simmons has some interesting likes. 😳👀

From back home, Simmons reacted to the Sixers’ elimination by liking some critical tweets on his replacement. In his defense, his performance for his former team at least took them to a competitive Game 7. But Harden, who was brought in as his replacement, failed to replicate that.

However, The Beard replicated a similar shooting clinic, with just 2 shots in the entirety of the second half. And Skip Bayless called him out on the same.

James Harden typically no-showed in the second half of this closeout game. Now he’s mostly just another Jim Harden. Ben Simmons eventually will make this trade look so phoolish for Philly.

In a show of confidence in Ben Simmons’ talents, Bayless has backed him here. And Simmons has shown appreciation for the same and will look ahead towards redemption in the next season with the Nets.