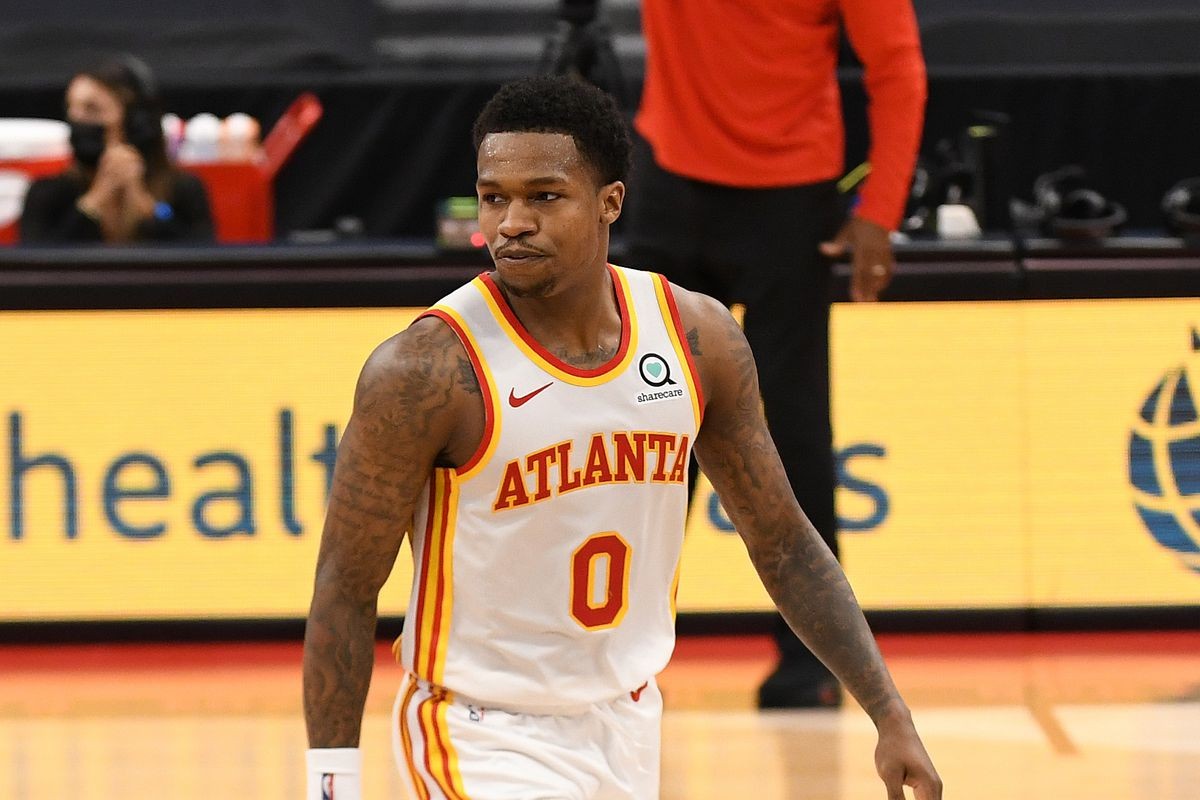 The Kyrie Irving vaccination situation has reached an impasse with him remaining adamant about his decision. He has been criticised heavily for his choice by fans. However, Atlanta Hawks guard Brandon Goodwin’s story is relatively unheard of. Goodwin revealed on a twitch stream how he lost a season due to blood clots possibly caused by the COVID vaccination.

Several states in the US have a compulsory vaccination mandate for players to be part of the 2021-22 NBA season. As a result,  many players are getting vaccinated against their wishes. Kyrie Irving refused to get the shot to stand up for those who lost their jobs due to these mandates. He believes it is a personal choice and the government should not coerce people into this.

Brooklyn Nets on the other hand didn’t allow their all-star guard to be with the team as a part-time player this season. Kyrie Irving will lose to the tune of $17.5 million and a $185 million contract extension because of his choice.

Although he has quashed all rumours about retirement, being traded is a real possibility. However, during all this, Brandon Goodwin’s story has been largely covered up by the NBA because it supports Kyrie Irving’s stance.

Brandon Goodwin had blood clots due to the COVID vaccine

During the playoffs, last season, Atlanta Hawks guard Brandon Goodwin was sidelined due to “respiratory issues”. In reality, Goodwin developed blood clots and several other issues which he believes were side effects of COVID-19 vaccination.

Upon hospitalisation, Brandon found out he had blood clots which is a known side effect of the Johnson & Johnson vaccine. He was told by the Hawks organisation that his season was over. In the media, however, they didn’t reveal full details about their point guard’s situation. Brandon Goodwin has been signed by the New York Knicks.

“I was super tired in the games. When we played Philly back-to-back [Apr. 28-30], bro, I was so tired,” Goodwin said, during a Twitch stream on Oct. 3. “I felt like I couldn’t run up and down the court. My back was hurting. Then we went home, that’s when my back really started hurting bad. Then I’m like I have to go to the doctor, that’s when I found out I had blood clots.”

“I was fine up until then, up until I took the vaccine, I was fine. So people trying to tell you it’s not the vaccine, how do you know? You don’t know. Yes, the vaccine ended my season, one thousand percent.”

Goodwin didn’t blame Atlanta Hawks for the miscommunication but he is certain that the COVID vaccine is to blame for the missed season. While Kyrie Irving gets all the negative light for taking a stand, the NBA has swiftly pushed Brandon Goodwin’s story under the rug.