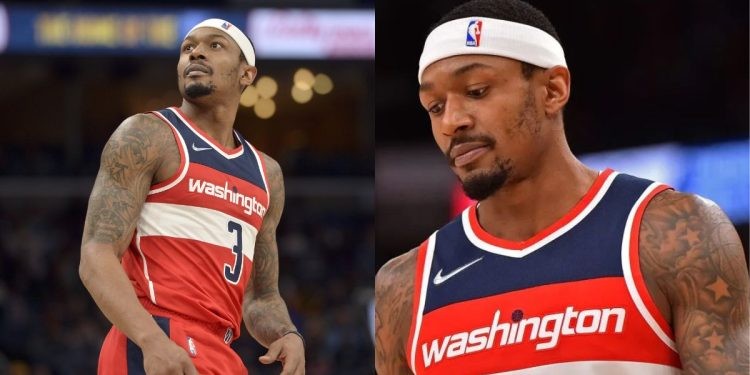 Bradley Beal is one of the few players in the league who is currently playing on a team with no future and title hopes. He was drafted by the Washington Wizards in 2012 at the age of 19. He’s already played 10 seasons in the NBA and is one of the best scorers in the league. However, it does not look like Bradley Beal will be in that situation much longer after he is set to decline his player option.

The Washington Wizards were a great team in the Eastern conference a couple of years back. But injuries forced a great decline for this franchise, something they could not recover from. However, Bradley Beal had the opportunity to grow into a much greater player. Now, he’s one of the most wanted players in the league.

Bradley Beal has earned almost $200 million from his contracts at Washington throughout 10 years. He’s been an all-star, All-NBA player and has averaged 30 points per game twice in the last 3 seasons. But above all of that, he’s been loyal to a franchise that never won him anything. And to a franchise like the Wizards, that’s enough to earn him maximum money.

Bradley Beal is declining his $36.4 million player option and will become an unrestricted free agent pic.twitter.com/5yixAhaK0D

In 2022-23, Beal was supposed to earn between the $36 Million to the $37 Million price range. Even though he’s missed considerable time in the last few seasons Washington would not deny him an extension. But he decided for them by declining the player option for them. He’s now entering into the off-season as an unrestricted free agent.

After this report came out, Beal posted a very cryptic tweet that most people believe is related to the reports that surfaced. But everyone’s thoughts of him being on a different team seem to be positive and welcoming. He did give his all to that roster and is in the tail end of his prime. If he wants to win soon and still be productive, him leaving the team will be a guarantee.