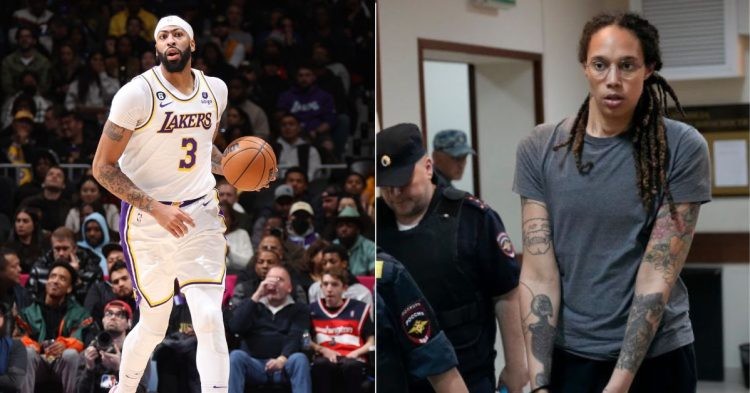 Brittney Griner has finally been released from Russia after 10 months. In February, officials arrested her at one of the country’s airports. She was charged with the crime of possession of cannabis when they found vape cartridges with weed inside. This turned the world upside down when many believed that Russia had wrongly detained her.

Moments ago I spoke to Brittney Griner.

When she was arrested, many spoke out in favor of the Phoenix Mercury star. That includes the likes of LeBron James, Stephen Curry, and many more. After her release, USWMNT star Megan Rapinoe even reacted to the news on her Instagram. Together with that, Cherelle Griner, Brittney’s wife, has spoken out after criticism involving Paul Whelan’s name took heat as well.

After 294 days of tireless work… Our friend, sister, loved one, Brittney Griner is FREE. We love you BG 🧡 pic.twitter.com/UQ7PARbVhg

Amid all this, there hasn’t been any involvement from someone Brittney used to date. It would be none other than Los Angeles Lakers superstar Anthony Davis. Till now, he has remained silent about his ex-girlfriend’s situation, even after her release.

Not many knew that Griner was once in a relationship with AD. It has been one of the things that NBA fans have not gotten confirmation too over the years. According to various sources mentioned at the time, Davis dated Griner in 2015. This was after Brittney got her marriage to Glory Johnson annulled. For those who don’t know, Griner and Johnson had a history of violent conduct, that the police arrested them for.

In 2015, AD was playing for the New Orleans Pelicans and Brittney was playing for the UMMC Ekaterinburg in Russia. Both Davis and Brittney had never confirmed the relationship until AD decided to let the world know how he felt about the WNBA star. He said, “She is everything to me… We have an amazing relationship and have so much in common. We even wear the same size clothes and shoes so sometimes she borrows a shirt or two from me.”

Despite her release from Russian prison after almost a year, Davis hasn’t commented on the situation. He has chosen to remain silent from the start, even when she was arrested back in February. However, that might not be on Brittney’s mind right now. She will be looking to enjoy being a free woman in the USA together with her wife Cherelle.