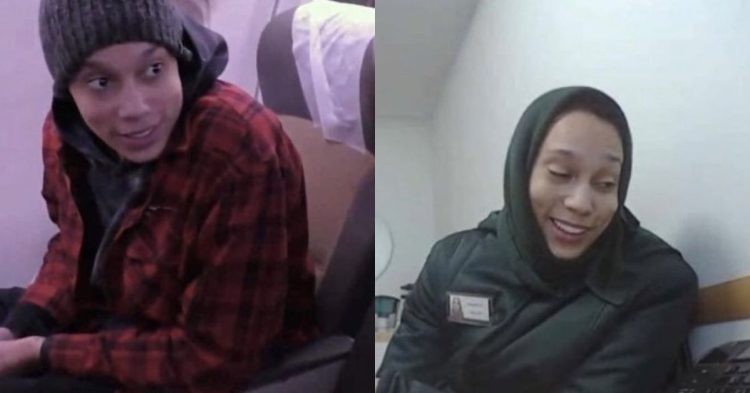 Brittney Griner has spent a long time outside the USA. The main reason for her detainment by the Russian government would be that she had vape cartridges with cannabis inside. Russia sentenced her to 9 years in prison in their country. However, that was until USA president Joe Biden and the rest of the government decided it was time to exchange a prisoner with Russia.

Viktor Bout, an arms dealer who the US imprisoned in 2018, was sent the other way. This hasn’t gone down well with some Americans as well. People have demanded ex-US marine Paul Whelan’s release as well. Together with that, it looks like Griner‘s “hateful” comments about America have come back to finally haunt her. Amid all this, photos of her after the release have emerged recently.

Will Brittney Griner return to the WNBA?

After the prisoner swap was announced, images of the WNBA star were released. She appeared to be pale and dull despite the good news.

Brittney Griner is back in the United States.

Her first photos have surfaced. pic.twitter.com/rgULmz8f2U

When Griner was playing basketball, she had dreadlocks as her hairstyle. However, it looks like they have been cut off when she spent almost 10 months in a Russian prison. Her face didn’t look lit up as usual when she is balling out on a basketball court. After all, it makes sense for her to still feel anxious about returning home after such a long time. The WNBA star did mention that she was happy to be returning home.

Recently, a video of Brittney’s life inside the prison emerged on the internet. It showed how Brittney got on with her life when she was sentenced, especially with an extremely small-sized bed for someone her size.

Brittney Griner says she’s happy to be released in footage from plane: pic.twitter.com/UXvFDRUXnX

She was a Phoenix Mercury player when Russian officials arrested her at an airport. The Phoenix Mercury-Phoenix Suns franchise have been involved in controversies since her arrest, mainly because of Robert Sarver’s suspension. He has expressed that he will be aiming to sell the franchise. There has been no official comment on when Griner will return to the WNBA, yet.

As we all know, the USA has managed to agree on a prisoner swap with Russia to get Brittney back. The European country has welcomed arms dealer Viktor Bout back. Recently, Russian state media released a video of officials swapping Griner and Bout at the UAE airport.

Bout can be seen hugging the officials as the two were swapped at the airport. It is said that Viktor will return to Russia and Brittney to the US.

Brittney’s release has got the entire world talking again. Her wife, Cherelle Griner, has also spoken out on the release. She claimed that getting Paul Whelan back home is also something that she and the US government are working towards. Brittney is yet to address the media and we can expect her to do so very soon.