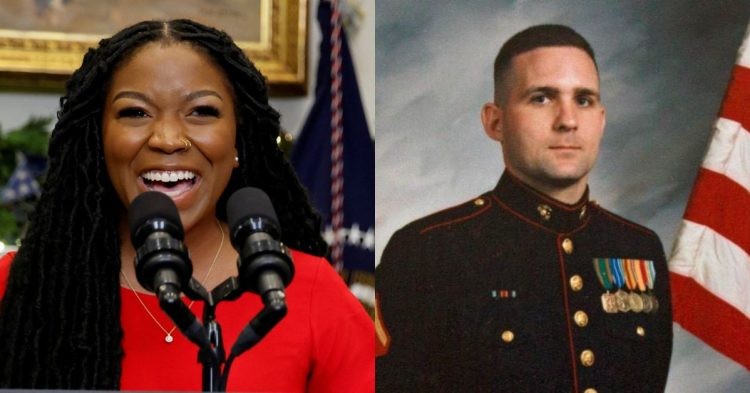 Brittney Griner’s release has got the world talking again. When Russia detained her for having vape cartridges with weed inside, everyone was anxious to see what might happen to Brittney Griner. That included her wife, Cherelle Griner as well. She hadn’t seen her partner for a long time and it looked like it was going to be a few months until they could meet as well.

Today, US president Joe Biden announced that Brittney would be returning. Russia and the USA have agreed to exchange another prisoner, Viktor Bout, for the Phoenix Mercury star.

Many have demanded that the US government should push for ex-US Marine Paul Whelan’s release as well. For those who don’t know, the US government protested when Russia arrested Whelan as well. The former marine was claimed to be a spy in the country. Today, after the news of Brittney‘s release was announced, her wife, Cherelle spoke out.

“Today my family is whole — but as you all are aware, there’s so many families who are not whole.”

Cherelle Griner pledges she and Brittney Griner “will remain committed to the work of getting every American home.” https://t.co/MNTPJkMnuu pic.twitter.com/L97SUSYflL

She said during the press conference, “BG is not here to say this, but I will gladly speak on her behalf and say that BG and I will remain committed to the work of getting every American home, including Paul, whose family is in our hearts today. As we celebrate BG being home, we do understand that there are still people out here who are enduring what I endured the last nine months of missing tremendously their loved ones.”

Cherelle has expressed that Paul is on her mind as well. The Russian government has kept him in prison since 2018. It is clear that she wants Paul’s family to feel the same relief that she’s feeling right now. Speaking of Whelan’s family, they had a comment on the WNBA star’s release as well.

According to Jay O’Brien, Paul’s brother David mentioned that he can only imagine the joy that Brittney’s family is going through right now. Together with that, he also mentioned that the Whelan family is glad that the US government made the right decision. There have been many questions asked by Americans about the same as well. David also claimed that the US government had already communicated that his brother would be left behind.

President Joe Biden has claimed that the government is currently working towards Whelan’s release as well. At the same time, Cherelle would be glad that her loved one is back home safe and sound.