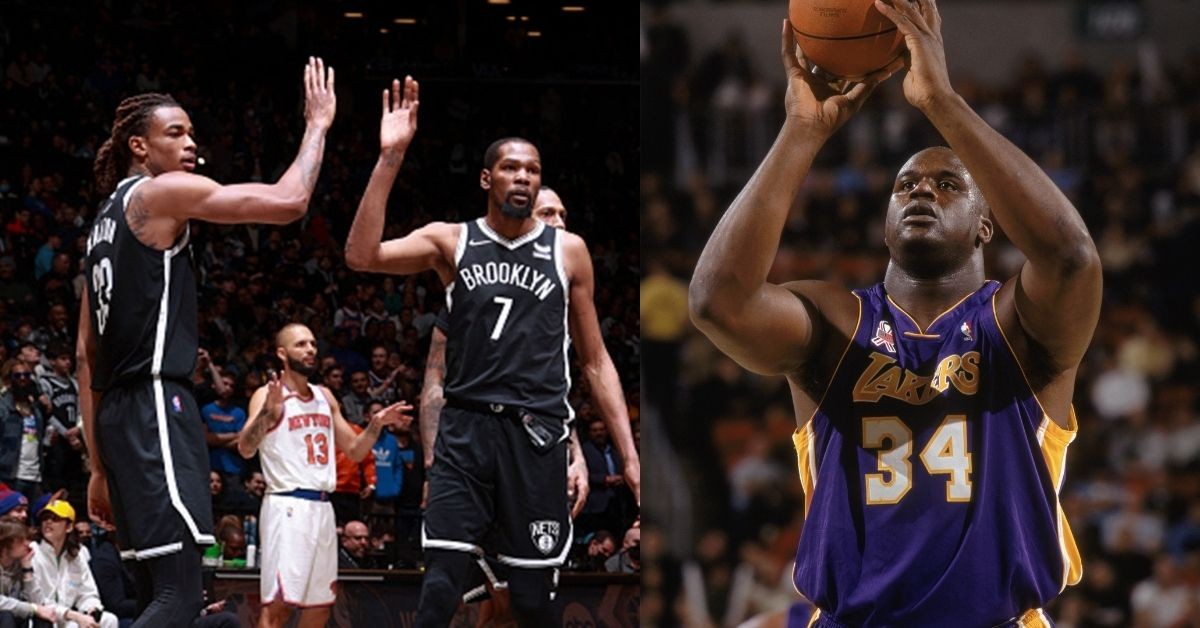 Kevin Durant and the Brooklyn Nets have been swept by the Boston Celtics. Nicolas Claxton is an NBA center for the Brooklyn Nets. He drew comparisons to Shaquille O’Neal for his play in game 4 of this series. Shaq was, arguably the most dominant force in basketball. He has held several records for his play throughout his career. However, Claxton managed to break a record held by Shaq in the win-or-go-home elimination game for the Nets.

Most records are usually positive in nature. Most points in a game, rebounds, blocks, steals, etc. However, Shaq was infamous in one primary aspect of the game. Making free throws. The diesel was notoriously bad when it came to knocking down these open shots.

The free throw is an essential skill set that all NBA players must acquire. However, due to the nature of the game, guards are primarily better at shooting free throws. Stephen Curry and Kyrie Irving are excellent examples of high percentage free-throw shooters.

Nicolas Claxton is a modern-day center. However, he has averaged only around 53.9% from the free-throw line. This is just a tick above Shaq.

Nic Claxton managed to surpass the infamous Shaq held the record for most free throws missed to start a game. He missed his first 10 free throws of the game. By doing so, he beat Shaq’s record. These missed opportunities were punished heavily by the Celtics who took a commanding lead to begin the game. This also played a role in the Celtics outscoring the Nets for the first 3 quarters of the game.

Claxton is a young center who has been in the league for less than 3 seasons now. He clearly needs to improve his free throw shooting to help his team succeed. The Brooklyn Nets finally lost game 4 with a final score of 112-116 Celtics. Therefore, one can even say that missing the free throws cost the Nets this “must-win” game.

Players of this generation clearly look forward to surpassing the records set by previous NBA greats. However, this is clearly one record Claxton wishes he hadn’t broken.