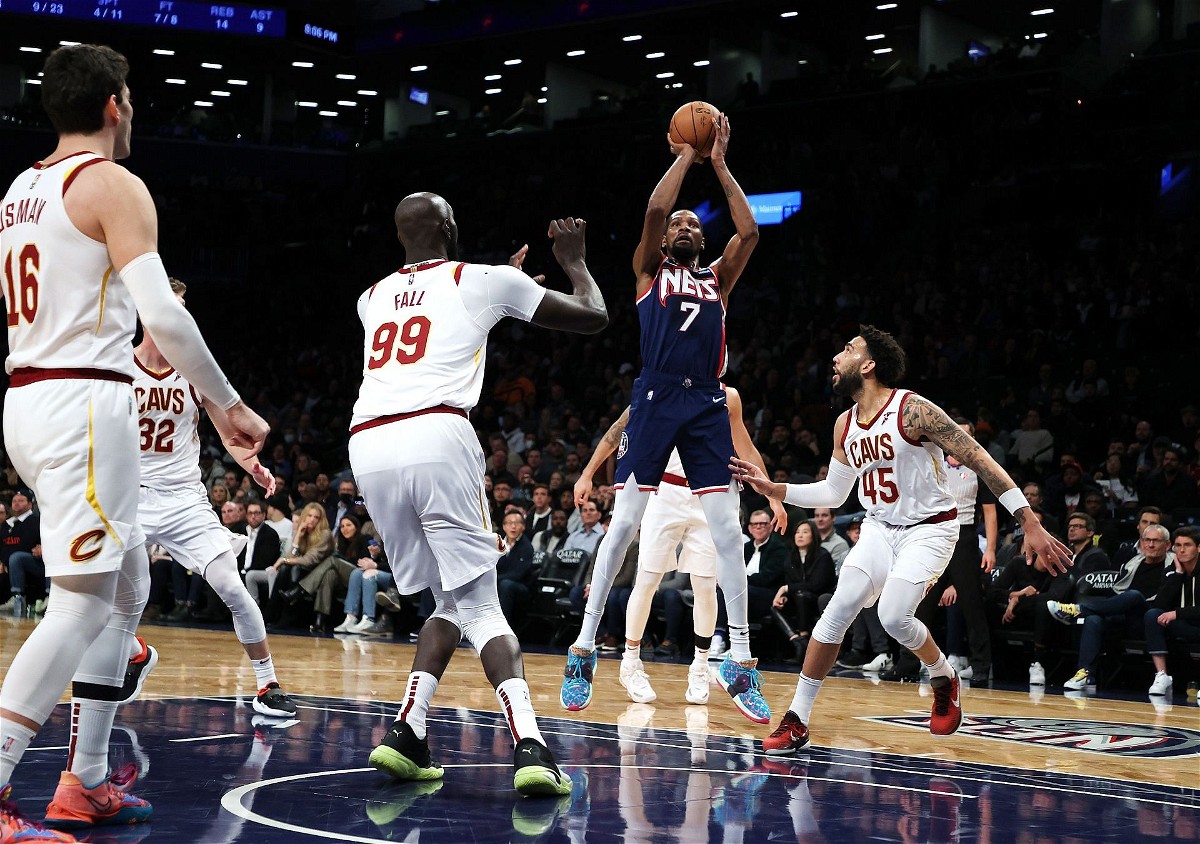 The Brooklyn Nets will travel to Rocket Mortgage Fieldhouse for a road game against the Cleveland Cavaliers. Both teams have played each other twice in the 2021-22 NBA season where the Nets defeated the Cavs on both occasions. On 18 November, Brooklyn won 109-99 and then on 23 November Nets clinched a 117-112 victory.

The Brooklyn Nets have been one of the best teams in the 2021-22 NBA season as the second seed in the eastern conference. But the Nets have been struggling in the recent few games. In the last ten games, Brooklyn has a record of 4-6, while averaging 115.6 points, 46.1 rebounds, 25.6 assists, 8.4 steals and 6.4 blocks per game while shooting 48.2% from the field. Their opponents have averaged 117.0 points.

Kevin Durant leads the team with 29.2 points plus 7.4 rebounds and 5.8 assists per game. James Harden contributes 22.7 points, eight rebounds and 10 assists a night while Patty Mills kicks in 13.4 points per contest. LaMarcus Aldridge has been incredible for the Nets with crucial 13.3 points.

Cleveland Cavaliers earned a fourth straight win as they took care of business against Oklahoma City on the road in their most recent game. The Cavs have been one of the most exciting teams in the 2021-22 NBA season the perfect mix of youth and experience in their roster.  Cleveland has averaged 106.2 points, 45.3 rebounds, 25.3 assists, 5.4 steals and 4.5 blocks per game while shooting 47.8% from the field. Their opponents have averaged 105.2 points per game.

Darius Garland with his 19.7 points and Evan Mobley’s 15 points lead the Cleveland offence. Kevin Love’s 14 points and Lauri Markkanen 13.3 points and 5.3 rebounds are other key contributors to the Cavaliers’ rotation. Jarrett Allen lived up to the 100 million tag with his 16.6 points and 11 rebounds.

The Nets have been short-handed with both centres LaMarcus Aldridge and Nic Claxton sidelined. Aldridge has missed the last five games due to soreness in the right foot. Claxton has not played his last three games because of tightness in his left hamstring.

Kyrie Irving will be joining the team helping the team to fill the void in KD’s absence. But Irving has played with the Nets roster in hand full of games that can lead to chemistry issues. Whereas, the Cavs have the 2nd best league as they allow an average of 102.4 points per game making life difficult for the Nets. Hence the Cleveland Cavaliers are the favorites to win this game.

How to watch Brooklyn Nets vs. Cleveland Cavaliers?

“I apologize and I promise, we’ll be better”: LeBron James Deletes An Old Tweet Defending the Lakers Roster and Promises to Do Better