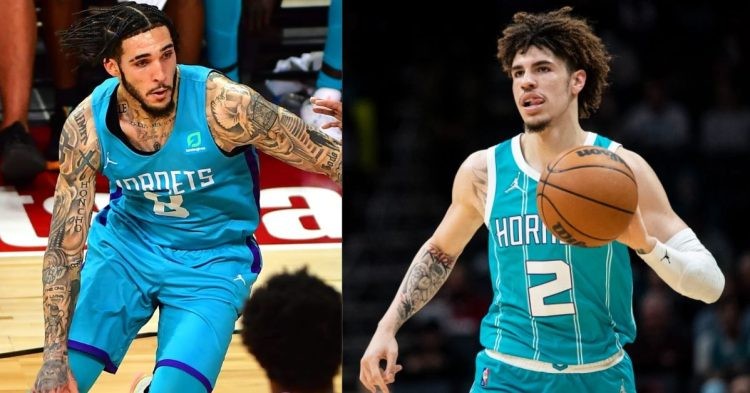 Lonzo Ball, LiAngelo Ball and LaMelo Ball are sons of Lavar Ball. Both Lonzo and LaMelo have already proven themselves to be NBA-level talent and are currently in the league. It would interest many people to know that LaMelo is much better than his older brothers.

We have not heard much of the middle brother LiAngelo Ball. Thus, it shocked the NBA world to find out that the Charlotte Hornets have decided to sign him. That would mean he would be playing alongside his younger brother and certified young upcoming star Lamelo Ball.

The Hornets have signed LiAngelo Ball, the team announced.

The terms of the deal were not disclosed. pic.twitter.com/Sheg1E7v4X

Thanasis and Kostas Anteotkounmpo made it into the league much to Giannis Antetokounmpo’s credit. We should wonder if Lamelo and Lonzo Ball had anything to do with the decision by the NBA to sign LiAngelo Ball.

This is quite a peculiar situation for the middle Ball brother to be in. It would surprise many people to realize that there is no real reason to believe he will actually suit up as a Charlotte Hornet this season. One would presume his contract has a nonguaranteed deal simply because they are unsure if he is on the level of other NBA players.

LiAngelo Ball is signing a non-guaranteed deal with the Charlotte Hornets, per @ShamsCharania

LiAngelo was once arrested for shoplifting despite having an incredible amount of wealth in his family. Therefore, his initial chances of becoming a professional athlete were completely ruined at the time. As a result, he decided to take his talents elsewhere and go play overseas.

Now LiAngelo Ball is 23 years old and could still become a better player. However, he struggled to shoot the ball and be impactful during several chances at the NBA summer league and the G league. All these reasons make NBA analysts wonder if the two brothers will end up sharing the court together this upcoming season.

We should also wonder if this would impact team chemistry in any way. We know that LaMelo Ball is something special and deserves all the recognition in the world. However, it is clear that Michael Jordan’s Charlotte Hornets are unwilling to make the same assumption for his elder brother. Therefore, LiAngelo will have to fight tooth and nail in order to secure a spot on the Hornets roster for this upcoming season.