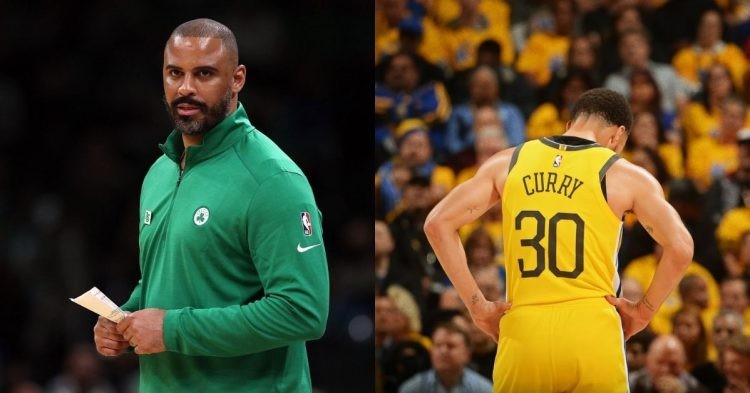 Golden State was the spearhead that ushered in a new type of offense into the NBA. Their quick-paced offense and perimeter shooting shocked the league. The success came naturally as they won 3 NBA titles in 5 straight NBA finals appearances and broke a regular-season record for most wins in a season with 73. They reached rock bottom for the next 2 years and revived it this season with another trip to the NBA finals.

Boston is the hottest team in the league at the moment. They went nearly undefeated post the all-star break and in the playoffs, they beat three of the biggest contenders. Boston house a lot of talent. Talent that they developed themselves and grew into contenders. The Celtics had made the conference finals once before with this same core but were too young and inexperienced to get past LeBron James.

Ime Udoka was an assistant coach for the Spurs, Philadelphia, and Brooklyn before he got offered the job at Boston. A first-year head coach that is now in the NBA finals. He was a part of the San Antonio coaching staff that won the 2013-14 NBA title. But this is the first time he’s on the front line and he’s made a great observation about the Warriors offense.

“The core is the core. What they do well is shoot the ball. But I think teams kind of overdose on that at times. It’s a lot of the little things that get them going.”

Ime Udoka on the Warriors: “The core is the core. What they do well is shoot the ball. But I think teams kind of overdose on that at times. It’s a lot of the little things that get them going.”

The Warriors were the face of the perimeter-centric offense. But this season they finished as the 17th best team in offensive efficiency rating. Their offense is not winning them games and there have been a ton of times where they’ve shot themselves out of the game. Ime has a real point but the Warriors now have the best defense in the league and if they win, that’s why they will.