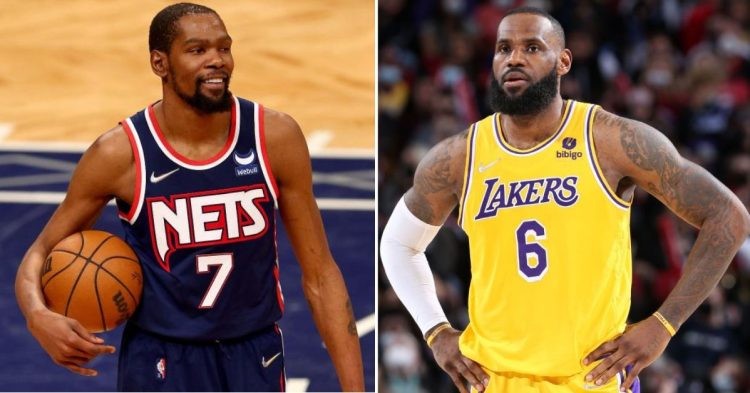 For the longest time, LeBron James was considered the face of the league and the best player in it. However, when Kevin Durant helped the Golden State Warriors crush the Cavs repeatedly, several analysts claimed that KD became the best player in the world and surpassed King James.

All this occurred almost half a decade ago back in 2017. In current times, there are several players in the league, who can be considered just as good right now. As a result, ESPN finally decided to remove both LeBron and KD from their top 5 NBA players heading into the next season.

LeBron and KD both fall out of our experts’ top 5 😳 https://t.co/24xSppWhY7 pic.twitter.com/cQgqEDMbkl

Both these NBA legends did not carry their teams deep into the postseason this year. One must wonder if that led to the ESPN analysts ranking them lower. In any case, it is important to know the complete list and which players ESPN considers much better than these two NBA stars. However, ESPN releases the rankings in descending order. Thus, we found out LeBron and KD are ranked between #6 and #10.

It would interest many people to know how ESPN creates these rankings. The rankings are decided by over 200 reporters, analysts, and editors. Additionally, they attempt to predict the ratings for the upcoming season based on the previous seasons’ performance.

LOL LeBron at 6 is CRAZY

By that logic, we can agree that JT deserves to be ranked higher. After all, he managed to carry his team to the NBA finals for the first time in over a decade. We can also deduce that Stephen Curry will be ranked much higher due to his performance this season. Given below are the latest #6 to #10 rankings by ESPN.

Therefore, we can already somewhat predict the players who will be ranked top 5. Giannis Antetokounmpo, Stephen Curry, Nikola Jokic, and Joel Embiid are all predicted to be in the top 5. However, we will have to wait to see what order they will be placed in.

Finally, we should also remember that Luka Doncic will also be a top 5 player according to ESPN next season. He has made the Dallas Mavericks a relevant team again. Moreover, he carried them to the conference finals for the first time in his career.

Thus, we should wait to see how ESPN plans to reveal the top 5 players for next season and where these players are ranked.