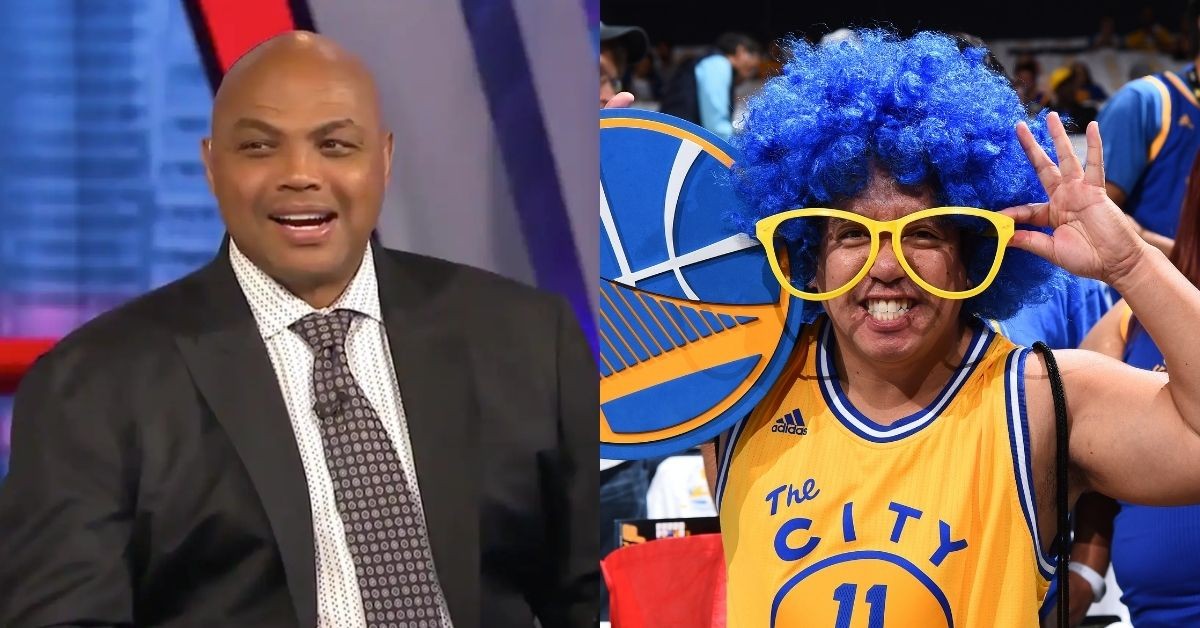 Game 1 of the Western Conference Finals was played last night. The Golden State Warriors took game 1 at home and lead the series 1-0. Before the game began, Charles Barkley was trolling Warriors fans who were returned tenfold when they won. The entire ordeal embarrassed the round mound of rebounds on national TV.

Charles Barkley was a former MVP and one of the greatest rebounders in NBA history. He averaged 22 points and 12 rebounds per game. Chuck was also an 11-time All-Star and All-NBA player. But the biggest dark spot in his career has been his lack of NBA titles.

The Golden State Warriors hosted the Dallas Mavericks for Game 1. Warriors fans were ecstatic to see their team back to full-fledged greatness. 7 Warrior players scored double-digit points with 21 coming from Stephen Curry.

Luka Doncic got shut down tonight as he was limited to just 20 points in 35 minutes of play. They lost life from the first quarter itself when they were outscored 28-18. They were outscored in 3 out of the 4 quarters and became living proof of the Golden State Warriors’ number 1 defense.

Charles Barkley had a ton of expectations from Dallas as they just bCharleeat the number 1 team in the NBA. He got cocky and started a “Let’s go Mavs” chant in front of Warriors fans.

I guess Charles Barkley was wrong 😂

He was chanting Let’s Go Mavs to Warriors fans 💀 pic.twitter.com/je6Mt5i3jt

However, it all backfired during the NBA on TNT’s post-game analysis. The Inside the NBA crew was positioned in front of Warriors fans. They enjoyed their win but remembered Charles Barkley’s shade and returned it in unison.

Chuck and Warrior fans going at it lmaooo pic.twitter.com/GMjjnuaME9

Chuck lost his cool as the Warriors fans ridiculed him. It’s safe to say they got under his skin. Round 1 goes to the Warriors fans, but Chuck will not give up on the Mavericks so soon. As we saw last time out, Luka always has a little something up his sleeve.