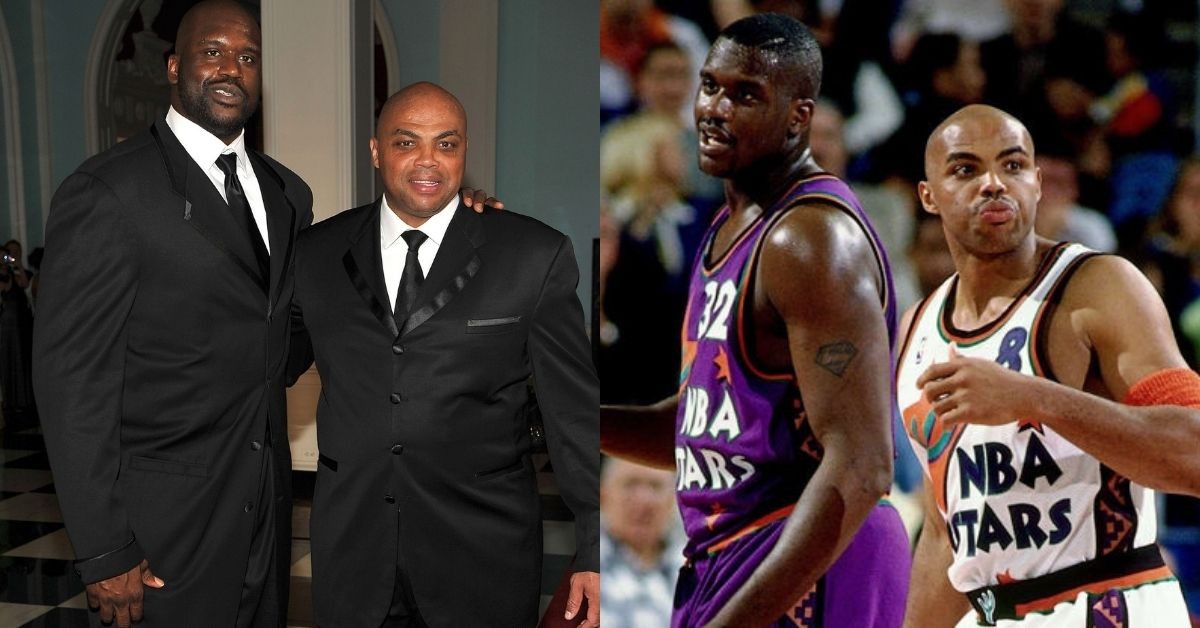 Shaquille O’Neal and Charles Barkley followed up on their playing careers with unprecedented success in the media industry. The former Phoenix Suns players share the panel and are co-hosts on Inside the NBA on the TNT network. Inside the NBA is the premiere postgame show that covers the NBA and provides an insightful analysis of the game.

The older of the two, Charles Barkley joined Inside the NBA in 2000 after his retirement. Barkley retired the preceding season playing his last season with the Houston Rockets. Chuck quickly gained a reputation for his bold takes on the game, and antics that propelled the show to popularity.

Most notably, the incident where Charles had to kiss a donkey’s rear after losing a bet to Kenny Smith.

Smith is still on the panel for Inside the NBA alongside Ernie Johnson Jr., Charles Barkley, and Shaquille O’Neal. Like Chuck, Shaq joined the show after his retirement in 2011. His introduction of segments like Shaqtin’ the Fool only furthered the show’s popularity.

But what stood out most was his chemistry with Barkley. The two exude knowledge of the game through their combined experience of 2,280 games in the NBA. And in stark contrast, the two disagree too often and trade insults and jibes constantly. It all does for great comic relief amidst the serious discussion.

Their on-screen rapport would have you think they are good friends. Or are they?

In a recent appearance on a show, Barkley spoke about his relationship with O’Neal. And it’s not all roses as it often seems.

“First of all, I’m friends with Ernie and Kenny. I hate Shaq. I really hate him a lot.”, said Chuck. Doubling down on his previous assertion, Chuck made sure he was heard, “Make sure you clarify that!”

No doubt, the wide grin on Charles’ face is very telling of how serious he was.