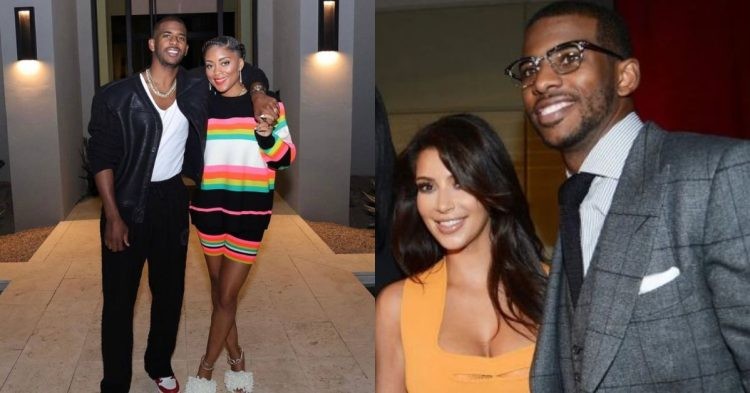 Kanye West has managed to shock us all once more. It seems like the revelations he comes out with tend to get the world talking about it for days. The most recent one was when he accused Phoenix Suns star Chris Paul of having an affair with his ex-wife Kim Kardashian. It has come as a shock to the NBA world, mainly because Chris has always been one to stay away from the drama most of the time.

The accusations are quite serious, and there has been no official comment from Chris, Kim, or even his wife Jada Crawley. However, an insider has claimed that the rumors are false and that Ye is just accusing both of them to get the attention away from himself. Amid all this, NBA fans have had no difficulty having fun with the memes on Twitter about this matter.

Did Chris Paul have an affair with Kim Kardashian?

Many have the question of whether CP3 had a real affair with Kim, or if it was just another media stunt by Kanye. It seems like the fans have left no one when it comes to the memes. LeBron James has been one of the main victims unexpectedly. Many believe that his marriage with Savannah James might even be at risk since he’s friends with an alleged cheater.

Lebron saying his goodbyes to Dwade, Melo and Chris Paul after Savannah saying you can’t hangout with them nomore. pic.twitter.com/GC3Gz00NmP

“I knew Chris Paul was hitting Kim Kardashian from day 1. I told him don’t let Ye find out but look where we are now ” pic.twitter.com/3Lm877HbUZ

Many have drawn comparisons to the time when rumors of LeBron cheating on Savannah took over the internet as well. Together with that, fans have brought back the classic “LeLiar” memes as well. For those who don’t know, those came to light when King James was caught lying on multiple occasions when he claimed that he knew certain events.

It seems like even Devin Booker hasn’t been safe from the memes as well. Fans believe DBook set his Suns teammate up with one of the most famous Kardashian stars. However, that may seem a little extreme, mainly because Booker has not been involved with the Kardashian family, apart from dating one of their sisters, Kendall Jenner. The pair broke up secretly a while ago as well.

This is how Chris Paul gonna look waking up after Jada see the tweet… pic.twitter.com/Lb1zhdjCUl

Jada “SO WHAT THIS ABOUT YOU AND KIM KARDASHIAN”

Fans are accusing Ye of ruining Paul’s marriage with Jada Crawley. They tied the knot in 2011, and have a son and a daughter. If these rumors prove to be true, it could possibly end the beautiful marriage life that Paul has had for a decade now.