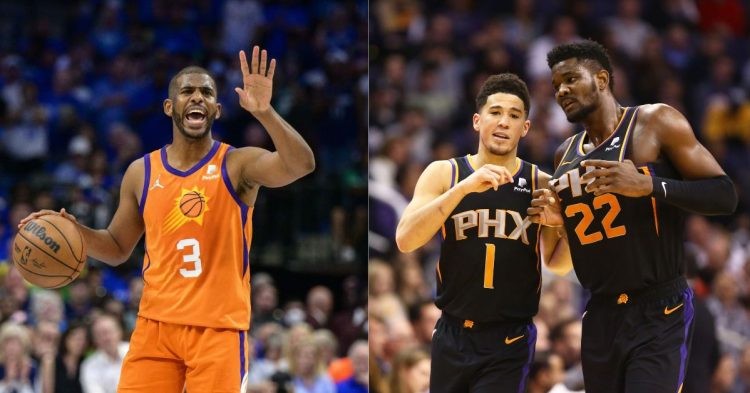 NBA fans might already be aware that veteran Phoenix Suns point guard Chris Paul has not played in the past few games. We all remember how CP3 joining Phoenix made them instant contenders. After all, they made it all the way to the NBA Finals in their first year together.

We should be wondering about the exact reasons behind his extended absence. It is important to remember that Chris Paul is 37 years old and clearly at the back end of his career. Injuries are clearly more common with elite athletes as their bodies age and decline.

With that being said, we should wonder what exactly is impairing the Point God’s ability to step on the court. Additionally, we should also want to know when he is expected to make a return at the soonest.

Will Chris Paul play against the Sacramento Kings on Monday?

Thankfully for Suns fans, they have managed to maintain a superb record in the competitive Western Conference despite not having their leader. They currently hold a record of 13 wins and 6 losses, making them the 1st seed. Nonetheless, we know the difference between a few regular season games and the extended postseason.

Chris Paul is out due to an injury on his heel and has been sidelined from action since November 1st. This occurred in a game against the Philadelphia 76ers. He is listed out and not expected to play in the game against the Sacramento Kings. The Suns didn’t really disclose a timetable for his return. Instead, there are simply reports claiming that he is to be reevaluated in a few weeks.

It certainly looks like age is also catching up to The Point God. In the 10 games he played this season, he has averaged 9.5 points, 4.5 rebounds, and 9.4 assists. While there is no problem with his ability to rebound and facilitate, there is no arguing that his scoring ability and efficiency have dropped greatly.

It is truly unclear what playing shape he will return in. Nonetheless, if he continues averaging 9.4 assists, there is little doubt that the Suns need that to advance further.
Tags: Chris PaulNBAPhoenix SunsSacramento Kings
Previous Post