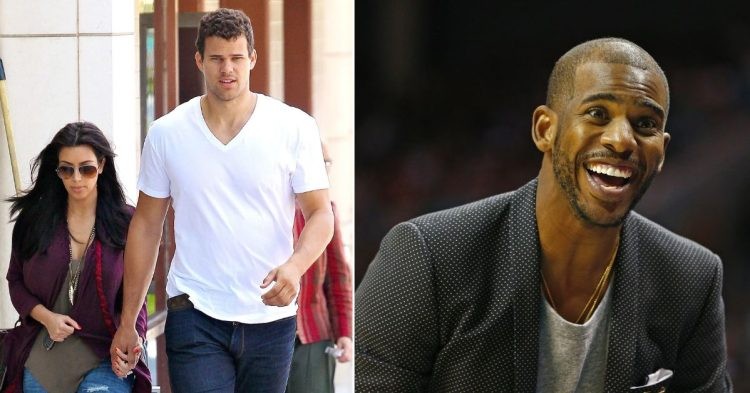 Kanye West accusing Chris Paul of having a romantic relationship with Kim Kardashian has stunned all of us. There have been several fans who have shared different points of view on the subject. Some believed it was possible and others didn’t.

In any case, it turns out that the Phoenix Suns star is not the only NBA player to have ever been in a relationship with Kim Kardashian. In fact, she was married to one before Kanye West. This certainly has the potential to shock NBA fans. Thus, we need to take a closer look at the past in order to know who this man is and what happened to her other relationships.

Kim Kardashian’s ex-boyfriends in the NBA

Turns out that Chris Paul is not the only NBA player Kim Kardashian might have been in a relationship with. She was actually married to a former NBA player called Khris Humphries. He played in the NBA for 16 seasons, averaging 6.7 points, 5.4 rebounds, and 0.7 assists.

Humphries played on many teams in various cities throughout his NBA career. They included Brooklyn, Toronto, Utah, Washington, Atlanta, Boston, Dallas, and Phoenix. Being a 6’9 power forward, he always found a role in a team all the way from 2004-2017.

He and Kim Kardashian were married from 2011-2013. However, their marriage soon fell apart and they went their separate ways. One might wonder what led this relationship to fail.

Why did Kim Kardashian split with Khris Humphries?

Khris Humphries accused Kim Kardashian of cheating on him. Moreover, it was with none other than Kanye West.

Khris Humphries claimed that he was suspicious after Kim revealed she didn’t want Kanye at the wedding. Later, he revealed that what he was worried about turned out to be true, “If he was such a close family friend, why wasn’t he invited to the wedding?’

As soon as Kim’s divorce from Khris was finalized, she began dating Kanye, and eventually, they got married. However, we are now finding out that she cheated on him with Chris Paul at some point during their marriage. This is obviously assuming that Kanye is telling the truth. None of this makes Kim Kardashian come out looking good if true.