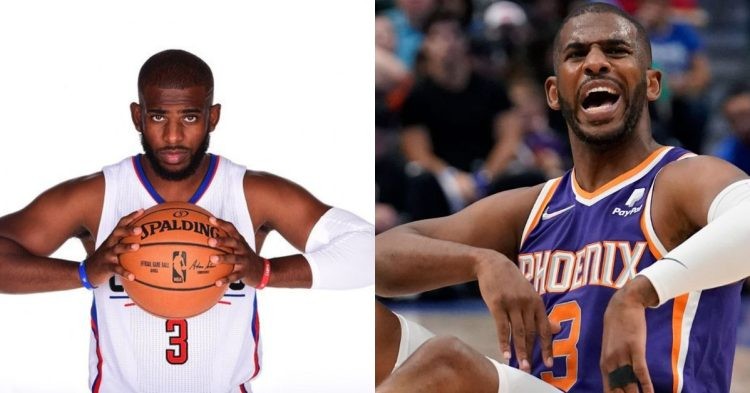 Chris Paul has had a very decorated NBA career. Throughout his 17-year career CP3 has made the Playoffs a total of 14 times with 8 conference semifinals, 2 conference finals, and 1 NBA finals appearance. Paul has done it all except win an NBA championship. But, don’t let that take away from everything Paul has achieved throughout the years. Let’s have a look at CP3’s accomplishments.

To add to his ridiculous resume Paul is also 3rd All-time in career assists. Chris Paul is one of the greatest facilitators of all time and we’re not just talking about facilitating on the court. Today, we’ll have a look at how much money he has made through NBA contracts, salaries, and endorsements.

Chris Paul is still making around $30M in salary at 37

Report: Chris Paul’s 4-Year, $120 Million contract with Phoenix is $15 Million partially guaranteed in the 3rd year, and a team option in the 4th year, via @Gambo987 pic.twitter.com/lUDxJYUTrP

All of these crazy figures only tell us the amount of money he makes from playing in the NBA. Let’s have a look at his endorsement deals.

Chris Paul has been a Jordan Athlete for 15 years now. He makes around $5M-8M each year just from his shoe deal. Over these 15 years, CP3 has released over a dozen signature shoes under the Jordan brand. Before Air Jordan, Paul was a Nike athlete making about $500,000 per year.

Chris Paul has endorsements with international brands like Spalding, Walt Disney, Tissot, State Farm, and Panini. He is actively working with Walt Disney on a Biopic. Paul has been on more than 10 state farm commercials over the years, some even called him the face of State Farm during his stint with the Clippers. He is a member of Spalding’s “Honor the Game” campaign and he works with Panini on their trading cards and autographed merchandise.

CP3 might not have won a ring yet, but with the team that has been built around him, his chances at an NBA title are as high as they have ever been. It’ll be interesting to see what Devin Booker, Chris Paul, and the Phoenix Suns have in store for us next season.